Plus a teaser trailer!

BBC’s Doctor Who panel for San Diego [email protected] delivered all sorts of goodness for Whovians worldwide. Jodie Whittaker returns for her third season as the Thirteenth Doctor, a season that was reimagined when faces with the difficulties of filming during the pandemic.

Companions Graham (Bradley Walsh) and Ryan (Tosin Cole) will not be returning (both bid farewell to the Doctor at the end of the “Revolution of the Daleks”), but fan favorite Yaz (Mandip Gill) will be. Showrunner Chris Chibnall also revealed that Season 13 would focus on a singular story as opposed to episodic adventures. Season 13 will also be a truncated one, with only eight episodes. Chibnall said the changes were largely due to the pandemic.

“Before we started making it, there were times when we thought we were going to be unable to do the show under covid conditions this year… there were two ways you could go,” Chibnall said. “You could go ‘let’s do lots of tiny little episodes in one room, with no monsters,’ or we could throw down the gauntlet and do the biggest story we’ve ever done. We’re going to go to all kinds of different places, we’re going to have all kinds of characters and monsters, and it’s all going to be part of a bigger whole. It’s definitely the most ambitious thing we’ve done since we’ve been on the series.”

The Doctor will find herself still reeling from the revelations of her origins in season 12, episode 10 “The Timeless Children”, and her role in the creation of the Time Lords.

Whittaker said of shooting the new season, “It’s felt really emotional to come back, because we’re the lucky ones who get to go to work… but it also means this feels so precious, and so fun, because of what we’ve all come out of. In that, it’s always a little bit method, whatever you’re going through you can bring into your character. So whatever huge, emotional challenges we go through, I’m lucky that I can throw that into the Doctor—because it’s always required for the Doctor.”

Season 13 will also see the arrival of a new companion in Dan, played by actor and comedian John Bishop. Dan was introduced in a teaser clip in January:

Welcome to the TARDIS… ✨ pic.twitter.com/WgpnYiweqR

“If I could tell my younger self that one day I would be asked to step onboard the TARDIS, I would never have believed it,” Bishop said. “It’s an absolute dream come true to be joining Doctor Who, and I couldn’t wish for better company than Jodie and Mandip.”

The panel also revealed a first look at Jacob Anderson (Game of Thrones), who will appear in several episodes as new character Vinder. “I get to play one of my favorite people that I’ve ever played,” Anderson said in a pre-recorded message. “This is a real life childhood dream, to be a part of Doctor Who, and even moreso to be in Doctor Who with Jodie, and Chris, who I’ve worked with before, and meeting Mandip and John… it’s a dream come true.” 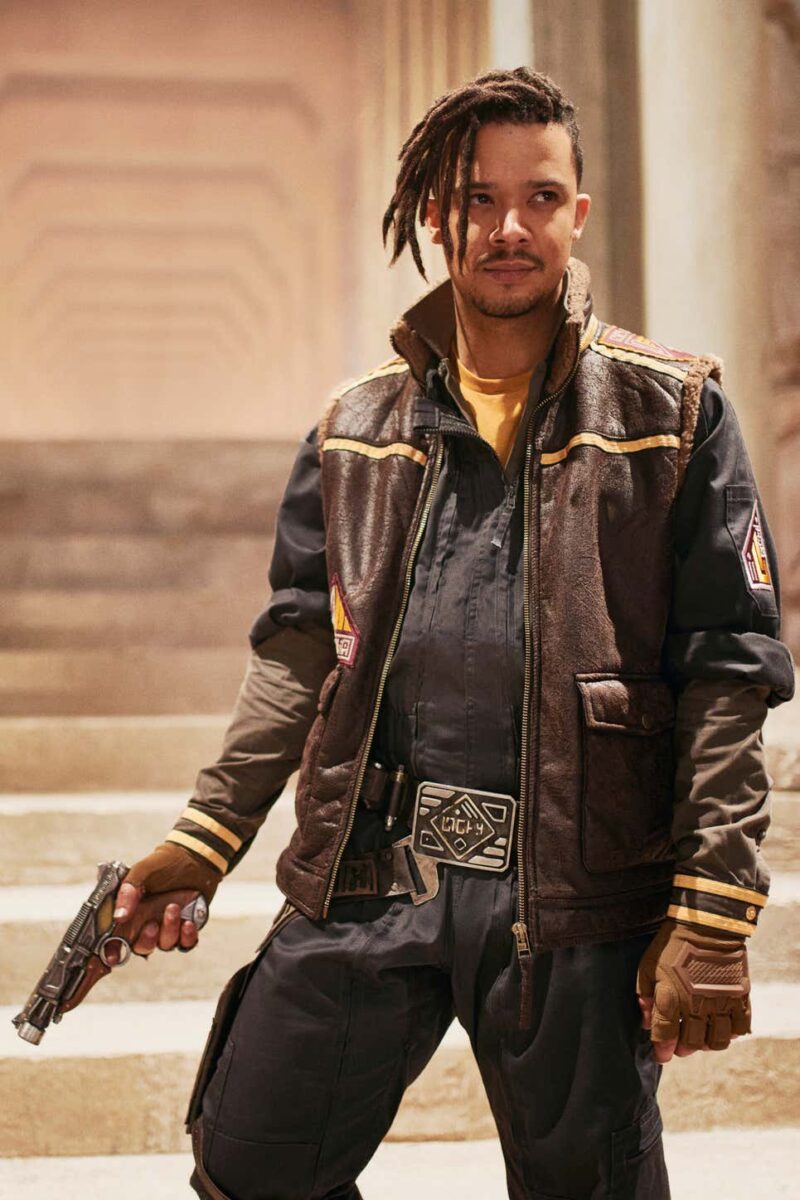 Doctor Who didn’t announce a release date for season 13, but is expected to premiere later this year.