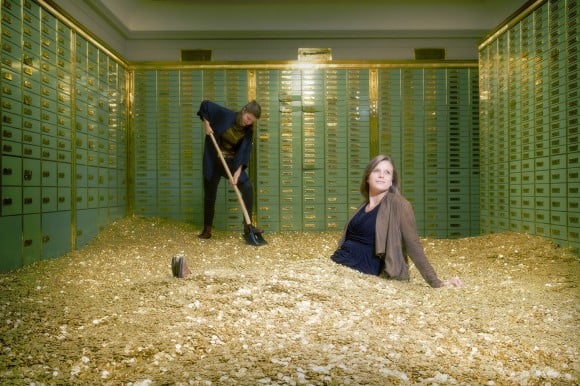 This bank vault contains eight million Swiss five cent coins, and while its current location is in Switzerland if you shell out enough cash it’ll be transported to anywhere in the world. The listing doesn’t mention how much it’s being sold for, but can you really put a price on breaking your neck by diving into a pool of gold coins?