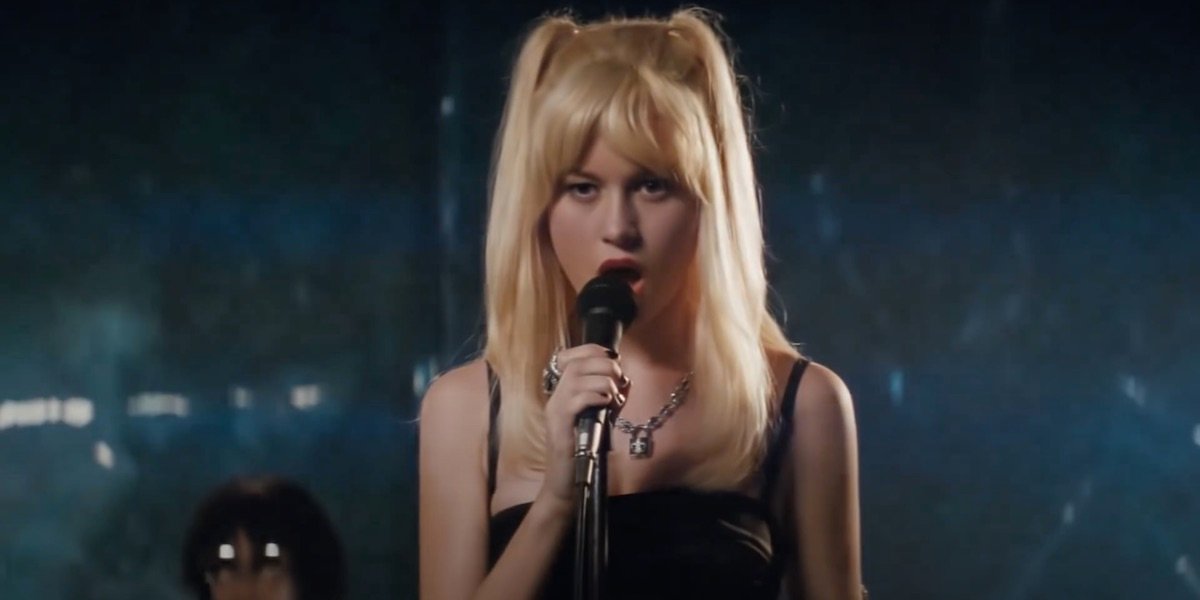 The tenth-anniversary celebration of Scott Pilgrim vs. the World continues apace, as director Edgar Wright announced that an extended version of the film’s soundtrack will be released on streaming services on July 9. The extended soundtrack will include 12 all-new tracks, including several acoustic demos by Beck, who wrote the songs for Scott’s band Sex Bob-Omb.

In anticipation of the release, Wright has posted Metric’s “Black Sheep” with vocals by Brie Larson. Larson played Envy Adams, the lead singer of The Clash at Demonhead, and is one of many actors from the film that went on to superhero stardom.

The extended soundtrack release is especially exciting, as the music of Scott Pilgrim has inspired its own diehard audience, with many considering it one of the best film soundtracks of all time. In addition to Beck’s catchy songs, the soundtrack features bands like the Black Lips, Broken Social Scene, Metric, T. Rex, and more.

To celebrate the release of the extended soundtrack, we’re counting down the top 5 musical moments of Scott Pilgrim vs. the World.

“We are Sex Bob-Omb and we’re here to make you think about death and get sad and stuff!” shouts Scott Pilgrim (Michael Cera) as his band takes on the towering techno twin powers of the Ken and Kyle Katayanagi. In the most intense Battle of the Bands sequence, the scrappy garage rock of Sex Bob-Omb becomes a King Kong-style beast that takes on the King Ghidorah-inspired double dragons of the Katayanagi twins. The scene ends with Pilgrim “getting a life” with a 1-UP.

This song marks the first performance for Sex Bob-Omb in the Battle of the Bands, and it offers a perfect example of their fuzzy, distorted garage rock sound. And like every musical number in the film, the breezy performance belies the drama lurking underneath, namely the meeting of Ramona (Mary Elizabeth Winstead) and Knives Chau (Ellen Wong). Also, like so many songs from the soundtrack, this song slaps.

This opening number, played over the credits, establishes the tone of the band and the film. It’s a joke-heavy adrenaline rush that perfectly encapsulates the film’s grunge-punk aesthetic, while also displaying the band’s interpersonal dynamics. “She’ll geek. She geeks. She has the capacity to geek,” is still one of my favorite lines.

1. “Black Sheep” by The Clash at Demonhead

This is a show-stopping number in a film filled to the brim with show-stopping numbers. Brie Larson, who would go on to win an Oscar and play Captain Marvel, has star quality to spare as lead singer and Scott’s ex Envy Adams. The song is from Toronto synth-pop band Metric, and Scott Pilgrim creator Bryan Lee O’Malley has previously said that the character’s look was inspired by lead singer Emily Haines. We also get Brandon Routh as evil ex Todd, who fights Scott with the powers of veganism. This song remains a breakout hit on the soundtrack, and fans can finally download the version featuring Larson’s vocals.

What’s your favorite musical moment from Scott Pilgrim vs. the World? Let us know in the comments!