Dilbert Creator Scott Adams Shares Terrible Thoughts on Consent: “Take Away My Access to Hugging, I Will Probably Start Killing” 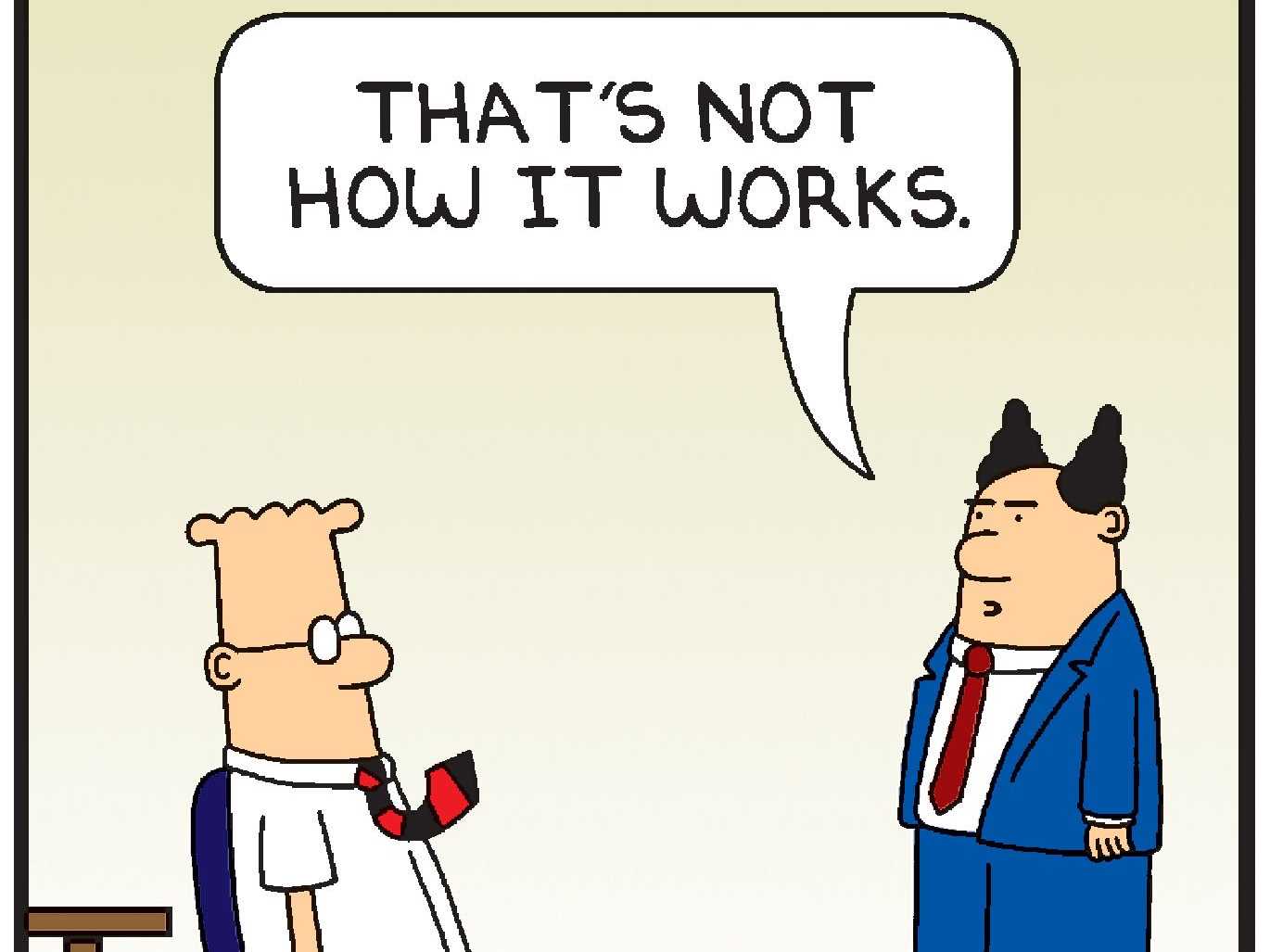 Scott Adams has a history of over-sharing his inflammatory theories on gender, and the American Matriarchy (yes, ladies, did you know we’re living in a matriarchy?) isn’t going to stop a free thinker like him anytime soon. I mean, this is the creator of Dilbert we’re talking about here.

When we get home, access to sex is strictly controlled by the woman. If the woman has additional preferences in terms of temperature, beverages, and whatnot, the man generally complies. If I fall in love and want to propose, I am expected to do so on my knees, to set the tone for the rest of the marriage.

Obviously it’s absurd and terrifying that a man who is somewhat of a public figure can advertise on the Internet, without fear of repercussion, that he thinks consent is a bummer, and that posting screeds like this one has probably earned Adams some loyal fans. He’s not alone in his terrible and dangerous opinions. But I’m also frankly confused by the scenario Adams describes here. He hates considering women’s temperature and beverage preferences (in addition, of course, to the total hassle of making sure she definitely wants to have sex)? For someone who I’m sure hates the term “man baby,” he definitely seems overwhelmed by the minimum of social sacrifices that accompany adulthood.

In addition to being a DATING EXPERT, Adams also has insider info about gender roles in the professional world:

I won’t reopen the discussion of gender pay imbalance in this post. I’ll just summarize by saying that well-informed feminists don’t see much gender discrimination in the data. So if you think women in the United States are paid less for the same work, please take it up with well-informed feminists. I’m just reporting what they say.

So hush up about the gender wage gap, ladies! This is Scott Adams, the creator of Dilbert talking, and he knows a thing or two about offices. Also, women are too chatty:

Women have made an issue of the fact that men talk over women in meetings. In my experience, that’s true. But for full context, I interrupt anyone who talks too long without adding enough value. If most of my victims turn out to be women, I am still assumed to be the problem in this situation, not the talkers. The alternative interpretation of the situation – that women are more verbal than men – is never discussed as a contributing factor to interruptions. Can you imagine a situation where – on average – the people who talk the most do NOT get interrupted the most? I don’t know if the amount of talking each person does is related to the amount of interrupting they experience, or if there is a gender difference to it, but it seems like a reasonable hypothesis. My point is that men are assumed guilty in this country. We don’t even explore their alibis. (And watch the reaction to even bringing up the topic.)

“If most of my victims turn out to be women, I am still assumed to be the problem in this situation, not the talkers.” Cool choice of words all around, buddy. Cool cool cool. AND THEN IT GETS WORSE:

Lonely boys tend to be suicidal when the odds of future female companionship are low.

So if you are wondering how men become cold-blooded killers, it isn’t religion that is doing it. If you put me in that situation, I can say with confidence I would sign up for suicide bomb duty. And I’m not even a believer. Men like hugging better than they like killing. But if you take away my access to hugging, I will probably start killing, just to feel something. I’m designed that way. I’m a normal boy. And I make no apology for it.

[…] Now consider the controversy over the Syrian immigrants. The photos show mostly men of fighting age. No one cares about adult men, so a 1% chance of a hidden terrorist in the group – who might someday kill women and children – is unacceptable. I have twice blogged on the idea of siphoning out the women and small kids from the Caliphate and leaving millions of innocent adult men to suffer and die. I don’t recall anyone complaining about leaving millions of innocent adult males to horrible suffering. In this country, any solution to a problem that involves killing millions of adult men is automatically on the table.

I think it’s important that people–especially influential people (which I guess the creator of Dilbert still is, at least for AARP members and MRAs)–get called out when they’re so incredibly wrong about everything. But ideally, that criticism happens in a way which lessens the offender’s relevancy, rather than increasing it. In Adams’ case, that seems particularly vital; in recent years he’s received more publicity for his misogyny than for his observations on the American workplace.

I would love if newspapers pulled Dilbert out of syndication as a response to Adams’ increasingly inexcusable politics, but in reality, it’s hard to imagine many American publications taking Islamophobia and sexism that seriously. Sigh. In the meantime, enjoy this cathartic Achewood strip, I guess. At least someone is putting Adams in his place.

(via Jill Pantozzi on Twitter and We Hunted the Mammoth)