There's really nothing appropriate to say here. I really need to "bee" careful. 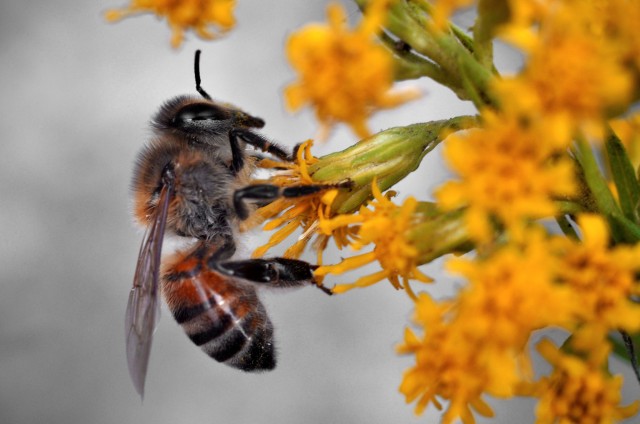 Bee warned: Researchers at Washington State University are starting a frozen semen bank to store the genetic material of honey bees. In addition, they will use crossbreeding from various colonies to create new generations of bees that are more diversified and resilient to environmental threats. There’s probably room for another bee joke here, but I’m drawing a blank.

Honey bee colonies face various hazards to their survival, both natural ones like parasites and diseases, and human-caused, such as pesticides, leading to a decline in populations and colony collapses in the U.S. and worldwide in recent years. This combination of factors makes it difficult for scientists to solve the overall problem easily, making it a serious threat to agriculture, as many crops are dependent on bees for pollination.

Professor Steve Sheppard, an entomologist at WSU, intends to collect bee semen samples from colonies from the U.S. and Europe and freeze them in liquid nitrogen, which preserves it for decades. They can then be injected into a queen bee’s oviduct and delivered to bee breeders.

“I want to be able to just pull out a tube of semen from the liquid nitrogen tank and give you a custom order of whatever you want in a bee,” said Susan Cobey, a WSU research associate. People want a lot of things, but I’ve never heard that particular desire expressed before.

Sheppard’s team has gotten permits to transport semen from European subspecies of bees, which would normally be restricted by the State’s importation ban. While the decades-old ban has protected the U.S.’s honey bee population from the spread of disease and parasite-infected colonies, it has also led to much less genetic diversity. The researchers have chosen three subspecies from Italy, the Alps, and the Caucasus Mountains that have traits that would bolster U.S. populations, and taken the best stock to combine with the best of American bees. Beekeepers in colder climates want bees that will breed later in the year so they won’t get killed by cold snaps, while those in southern states prefer bees that breed faster and fertilize early-blooming plants.

So there you have it. Suave, sophisticated European male bees always have an edge with the ladies, even when it comes to getting their genetic material squeezed out, put in a tube, frozen in liquid nitrogen, and injected into a queen to spawn thousands of worker drones, while caring, sensitive American bees get left by the wayside. Thanks a lot, science.