Besides being a nusance, mosquitoes spread disease, but genetically modified mosquitoes lose their taste for humans. 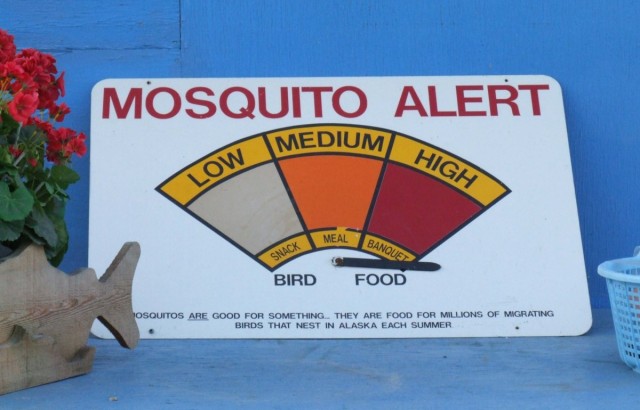 Mosquitoes are one of many reasons to stay indoors and play video games all summer, but it turns out that a relatively simple change in their DNA makes the little pests lose their preference for human blood. A new study done at Rockefeller’s Laboratory of Neurogenetics and Behavior shows that by modifying the DNA of a mosquito, it loses its ability to use its odor receptors to sniff out tasty humans.

Researchers at the lab led by post-doctorate Matthew DeGennaro modified the “orco” gene of Aedes aegypti mosquitoes. The gene is believed to be what gives mosquitoes their preference for delicious, delicious humans. DeGennaro and his team essentially switched that gene to its ‘off’ position, disabling the bug’s 131 odor receptors it uses to tell the difference between humans and other animals.

To test the mosquito’s flavor preferences, DeGennaro and his team wore a stocking on their arm without deodorant for a full 24 hours to get it good and stinky. When exposed to the stink-sleeve on its own, the mosquitoes showed no strong preference, but when it was exposed to carbon dioxide, the mosquitoes went for it. DeGennaro said, “This shows us that mosquitoes use several mechanisms for sensing human odor, and CO2 plays an important role here.”

Without their odor receptors turned on the insects couldn’t detect that sweet human stink, but something about the exposure to CO2 allowed them to parse out the tasty human flavor. When given the choice between humans and a guinea pig, the A. aegypti would normally lean heavily towards the human option, but the mutant A. aegypti chose guinea pig nearly as often as humans.

The team also tested how the insect repellent DEET worked on the mutant A. aegypti. It was believed that DEET worked by covering up our flavorful human pungency, but DeGennaro and his team showed that it actually works by interfering with the odor receptors. What was particularly interesting is that the modified mosquitoes still landed on a human sample treated with DEET, but they flew away without biting.

This shows that not only does DEET screw with the odor receptors, but it has a tactile affect on the mosquitoes as well. That finding could lead to better insect repellents, and that’s important. Not only because I hate getting mosquito bites, but also because the insects can carry diseases like malaria and West Nile virus. DeGennaro said, “We plan on continuing to uncover how these mechanisms work, because designing a better insect repellant can save lives and keep these illnesses at bay.”