The mice have asked that we call the scientists their "lab humans." 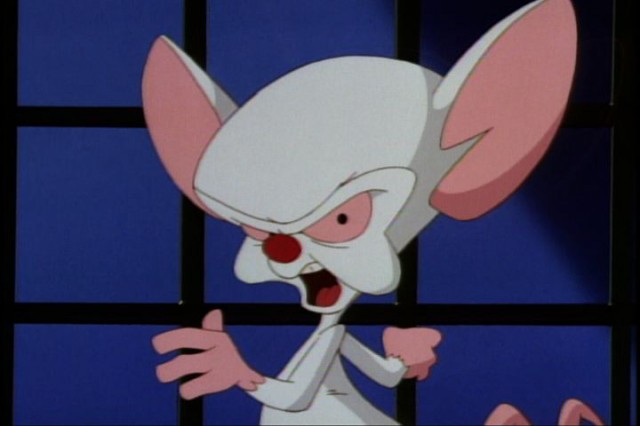 “What are we going to do tonight?” “The same thing we do every night: use human brain cells to create genius mice!”

Yes, a group of scientists has implanted human brain cells in mice in real life. The brain is still a mouse brain, but “all the non-neuronal cells are human,” says University of Rochester’s Steve Goldman.

The idea was more “Pinky” than “the Brain,” though; the intent was just to use the supermice to investigate how human brain diseases work without having to use a working human brain—a fully human one, anyway.

But I know what you’re really here for, and yes, the addition of the human cells—300,000 implanted that eventually grew to 12 million—also did make the mice much smarter. The researchers noticed an improvement of four times in memory, so probably enough for the mice to have Wolverine-esque PTSD flashbacks of how science turned them into the rats of NIMH.

They also did find helpful data for people suffering brain-related diseases like multiple sclerosis, but the project still faces ethical concerns. Their research so far has been published in The Journal of Neuroscience.

I bet this is going to wind up like that episode of Pinky and the Brain where Brain made Pinky smarter only to have genius!Pinky show him that he was the reason his plans for world domination always failed. Except humans are Brain in this scenario, and the genius!Pinky mice are our future benevolent overlords.

I, for one, welcome our rodent rulers. Narf.

Pinky and the BrainSupermouUniversity of Rochester