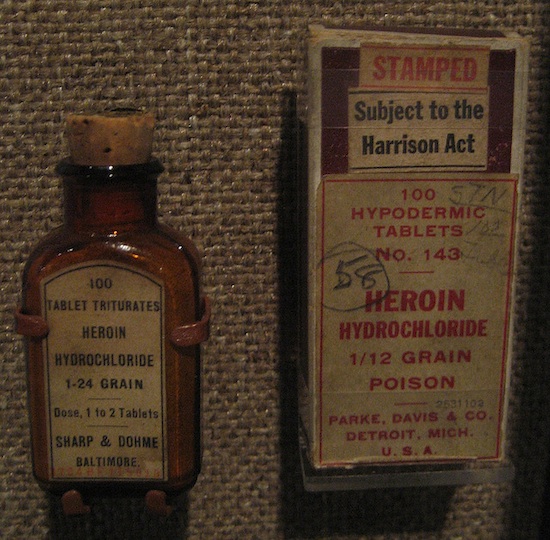 Anyone who has ever been in the hospital for a major injury knows one incontrovertible fact about morphine: It is pretty damn spectacular. Opioids have been in use as pain relievers for centuries, and we have yet to find anything that is anywhere near as effective at managing physical discomfort. Morphine was the best painkiller surgeons had on hand hundreds of years ago, and it’s still among the best today. Its only drawback, really, is that it’s too good. The pain releiving qualities of opioids are deeply intertwined with the qualities that make it one of the most addictive substances known to science. A collaboration between researchers at the University of Colorado and Australia’s University of Adelaide may have hit the jackpot of pain relief, though. In a paper to be published later this week in the Journal of Neuroscience the team is reporting a breakthrough that lets opioids retain their pain-killing punch while dulling their addictive qualities.

To block heroin’s addictive qualities, researchers targeted a portion of the brain’s immune system — Toll-like receptor 4, or TLR4. Usually built to seek out and bind to bacteria, TLR4 also binds to opioids, magnifying chemical addiction in the brain. By blocking TLR-4 using (+)-naloxone — a drug used for decades to treat heroin overdoses — researchers block the release of dopamine associated with heroin use. That dopamine rush is what makes addicts feel good, and eliminating it can loosen the grip that opioids hold while still leaving them effective solutions for treating pain.

Addiction researchers have been seeking a chemical solution to heroin addiction for years, and have seen some promising results in heroin vaccines. However, those vaccines tend to act as scorched earth policies — while they have great potential in treating addiction, they do so by keeping addicts from getting any effects from their fix. That’s all well and good if you’re trying to help someone kick a habit, but less useful when you’re trying to treat a patient in serious pain without leaving them at risk for drug abuse when they leave the hospital.

The research reported today is promising on two fronts. First, other teams and pharmaceutical manufacturers can start developing a new generation of drugs that work together, harnessing the best of opioids’ painkilling qualities while tempering them with (+)-naloxone to prevent patients from getting the full addictive whammy usually packed by opioids. It could also be used to treat existing addicts, shutting down the receptors in the brain that produce reward sensations that users are seeking out when they shoot up.

We’ll know more about the treatment’s real world potential when clinical trials start up. That could be in as little as 18 months.

(via University of Adelaide)