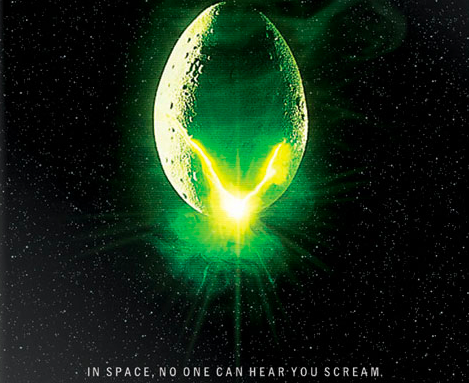 Imagine watching your favorite space battles on the big screen WITH NO SOUND.  +1 for scientific accuracy, -100 for awesomeness.

Sidney Perkowitz, a physics Professor at Emory University, and The Science and Entertainment Exchange have proposed a set of guidelines holding science fiction movies to more rigid standards of scientific accuracy.

The prime directive of Perkowitz and Co. is that only one law of physics should be broken per movie.

While Perkowitz specifically cited cinematic gems like The Core as evidence of how bad science produced a bad movie, I would counter that bad science made the film HILARIOUS, thus saving an otherwise irredeemable film.

Even though The Science and Entertainment Exchange is backed by the likes of actor Dustin Hoffman and screenwriter Lawrence Kasdan, the organization’s call to scientifically accurate arms fails to recognize the entertainment value of questionable science.

It’s difficult to trust The Science and Entertainment Exchange, who’ve consulted for shows like NBC’s Heroes, which we all know is a paragon of scientific accuracy.  Maybe that’s why the show makes so much sense.

Admittedly, there is such a thing as too much bad science, and abuse of the laws of physics can often contribute to the making of a mind-bogglingly horrible science fiction movie.  But there’s also a reason why scientists aren’t film critics.  It’s not about how many laws of physics are broken, but whether or not those laws are broken in a good movie or say, Alien vs. Predator.  Let’s face it–most of the time when a science fiction movie is really, really bad, breaking the laws of physics is the least of its troubles.

Besides, I prefer my space battles with inexplicably loud explosions in the vacuum of space.  Just sayin’.