Science Develops Saddest, Weirdest Mouse With Muscles That Light Up as They Break Down 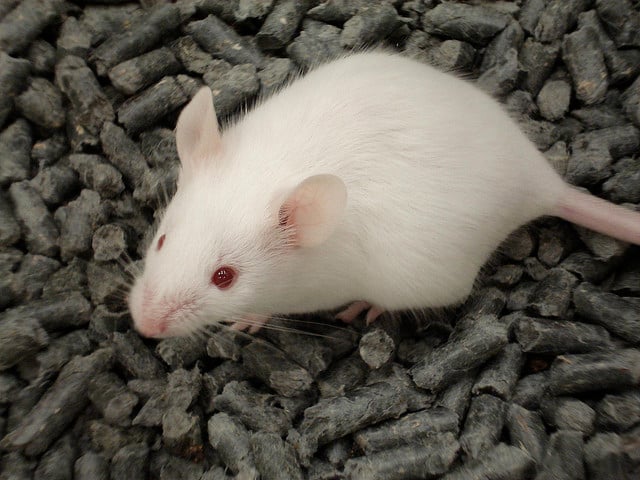 Today brings us a reminder that genetic engineering can do very strange, very specific things. Researchers studying muscular dystrophy have engineered a mouse model of the disease, but needed a better way to track its progress as the disease ravages their tiny mouse muscles. The solution? Engineer the already muscular dystrophy-prone mice with a gene from fireflies that causes their muscles to glow in relation to how much damage has been done to them by the disease. So those exist now.

The mice were engineered to express a gene that produces luciferase, the substance that gives fireflies their glow. Instead of making insects light up, though, the enzyme is expressed only in muscle stem cells that act as a “reserve force” on hand to replace damaged muscle tissue. When damage from muscular dystrophy sets in, these cells are activated, and with them, the luciferase takes action. New cells that spread from these stem cells integrate with the existing muscle fiber, but also glow when exposed to light. By getting a look at these glowing cells, researchers can find where damage has been done by the disease and how the body responds to that damage.

If this sounds weird, it’s because it’s very, very weird. But it’s far from without sense. While the technique itself can’t be used in humans, it allows researchers to track the progression of muscular dystrophy in mice with greater detail than ever before, says Thomas Rando, who worked on the study.

“In these luminescent mice, we could pick up the disease’s pathological changes well before they could be seen otherwise. The readout was so sensitive we could observe those changes within a two-week period. Not only that, but we got our measurements instantaneously, without killing the mice.”

That greater level of detail could lead to new discoveries about the disease, and especially about its early stages, that could reap benefits for human patients down the line.