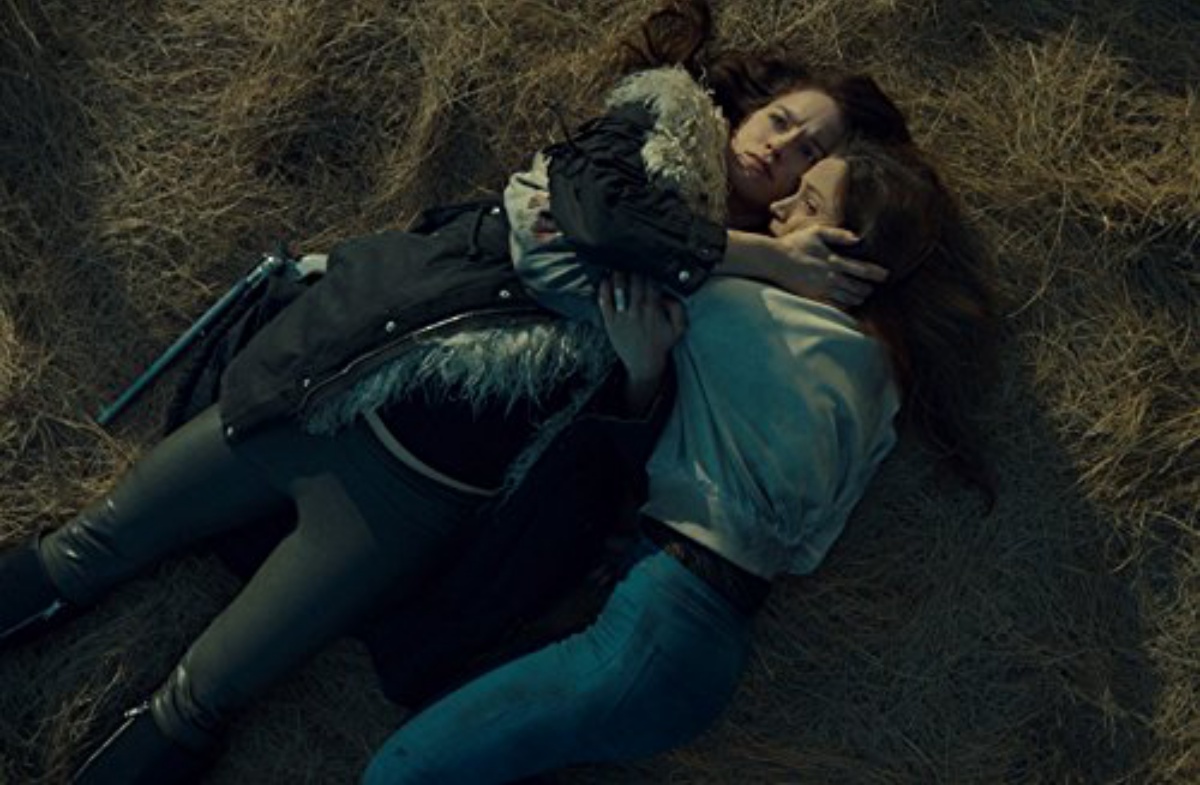 Up until last night, it seemed like all was calm in the fandom for Syfy’s Wynonna Earp. The show had been renewed for a season four, and scripts were being written. However, rumors that the beloved show is actually in jeopardy are circulating.

It started, like a lot of stories these days, with a tweet—this one “a since-deleted tweet from showrunner Emily Andras, who apparently asked fans if they were ready to fight for the show,” according to ComicBook.com, which was replaced with an equally powerful tweet saying, “Don’t fuck with my family.”

Don’t fuck with my family. 💕

This put the fandom on high alert, and the hashtag #FightForWynonnaEarp started trending, with everyone alerted to the possibility that something might be going wrong with the show.

George R.R. Martin’s show Nightfyers was canceled by the network and IDW Publishing has had financial issues that came up at the end of last year. According to reports from Market Insider, “IDW Media Holdings (IDWM), an integrated media company with divisions IDW Entertainment (IDWE), IDW Publishing (IDWP), and CTM Media Group (CTM), announced today that due to broadened production costs and necessary operating costs, the company has entered into a term loan and a short-term bridge financing facility with its Chairman, Howard Jonas.”

When it comes to Wynonna Earp, “IDWE has been self-financing production costs for seasons four and five (each 12 episodes) of this award-winning series. IDWE is seeking foreign sales to recoup its anticipated net investment; SyFy Network’s license fees for domestic rights only cover approximately half of IDWE’s costs.”

They are also working on producing two shows: V-Wars with The Vampire Diaries’ Ian Somerhalder, which may need additional post-production investment, and Locke & Key, which was originally going to Hulu, but “IDWE produced a pilot for $13.6 million in anticipation of licensing to Hulu. Subsequent to the pilot production, Hulu passed on greenlighting a season and IDW incurred non-reimbursable expenses associated with the pilot.”

Still, there are a lot of people left in the dark, including Wynonna herself, actress Melaine Scrofano, who was asked by fans online about what was going on with the show.

I don’t know anything, unfortunately. All we know is we aren’t shooting right now and don’t know why

The Wynonna Earp fandom is large, loud, and has no chill. As an Earper myself, I say that in the most loving way. When I heard the rumors, I was shocked because there is no denying that Wynonna Earp is one of the channel’s most beloved shows, along with The Magicians.

Wynonna Earp won the People’s Choice Awardsfor best sci-fi/fantasy series last year through the love and support of its fandom. Most importantly for many female queer fans, it has been a safe place to watch the romance between Waverly Earp and Nicole Haught, who just got engaged in the season finale, and we deserve to see a WayHaught wedding!

Even if there are financial problems and the show is getting expensive, I think that the network owes the show the right to end on its own terms. We so rarely get shows like this that are not only fun, but inclusive. I remember how much it met to me as a fan of Lost Girl that the show got to end, end the way it wanted, and I got to have canon happy ending Doccubus. To have Wynonna Earp end on that cliffhanger would break my heart.

Yes, I have been critical of the show in the past, but that comes from a place of love. What has been so wonderful is that those conversations have been accepted by both Andras and most of the fandom itself. The show has, overall, been a huge cause for joy in my life.

I love the characters, WayHaught has been really great representation, the mythology kicks ass, but more than anything, I love Wynonna so much. She reminds me of everything I loved about Xena growing up. I love that she’s messy, even cruel at times, but with a huge capacity to love, and that she is the savior despite all the baggage she carries. It’s a character that has come to mean so much to me, and I want to see Melanie Scrofano onscreen for as long as possible.

Even if Wynonna Earp can’t last forever, it should get the chance to end with Emily Andras’s vision for the show, the actors getting to say a real goodbye to the characters, and the fandom getting to prepare a proper goodbye to a show that gave us so much.

Save Wynonna Earp, save the world.