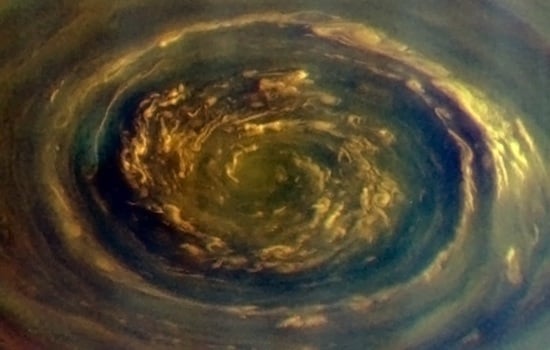 This is a composite images taken by NASA’s Cassini probe of the enormous, swirling storm that dominates Saturn’s north pole earlier this week. We’ve seen images of the storm, before, but never gotten this much detail on it and…man, just wow.  Keep reading for an even bigger image of the monster cyclone, which is estimated to meausure up to 4,000 kilometers across. That’s about 2,500 miles, meaning that the vortex you’re looking at would span the distance between New York City and Los Angeles. 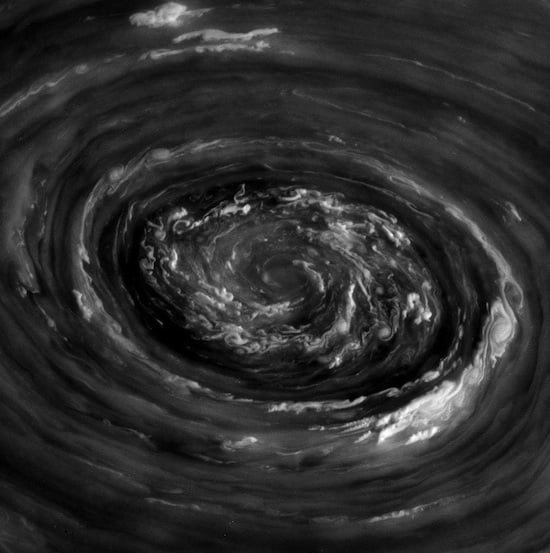 The mega-storm over the pole also sits at the center of a jet stream that dominates the upper latitudes of the planet, forming the shape of a hexagon 25,000 kilometers wide. For those of you doing the math at home, yes, that is about large enough to accomodate four Earths. Four. Earths. You can take a look at a slightly older but no less impressive composite image of that feature below. 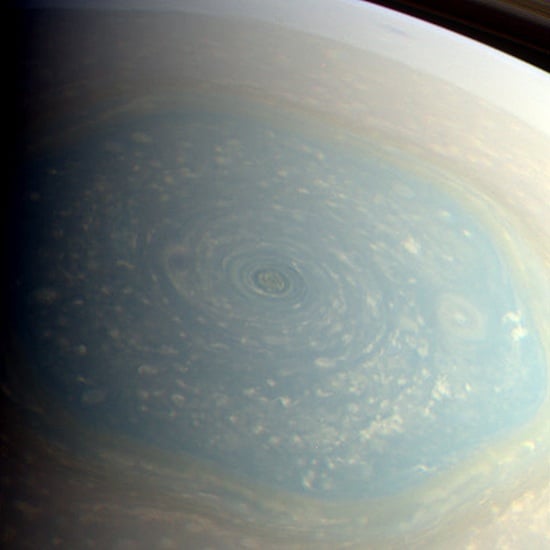