There are people federally prohibited from doing science right now. 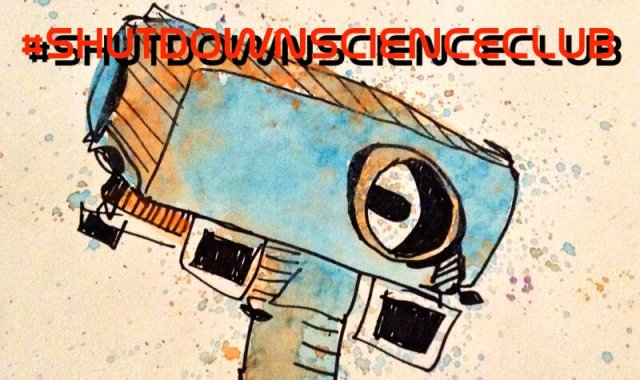 As part of the government shutdown, NASA scientists are prohibited from doing science. A Twitter parody account of the Mars Curiosity rover, @SarcasticRover, doesn’t think that’s fair. So she announced this week the start of the #ShutdownScienceClub and she’s encouraging everyone to #DoAScience and tweet a photo. Get to it!

Besides not collecting a paycheck during the shutdown, many government scientists like those at NASA have been prevented from giving talks and lectures on their work. The interruption of work has the potential to ruin experiments, delay or cancel space missions, and has detrimental impact on the state of science in this country, which already isn’t great.

So @SarcasticRover thinks that those of us not federally barred from doing science should seize the opportunity, and announced the #ShutdownScienceClub via Twitter (of course):

This week I’m starting the #shutdownscienceclub. So do a science, take a pic, and share it! More info here: http://t.co/MubAkLEGNh

I really want everyone to know that just because funding stops, that doesn’t mean science stops – it doesn’t mean curiosity or investigation or reason or experimental fun stops. And I want those who don’t get to have their science know that we stand with them.

So go! DO A SCIENCE! It’s #SHUTDOWNSCIENCECLUB!

Get out there and #DoAScience then tweet about it, because not everyone can right now, and we think that’s a shame.