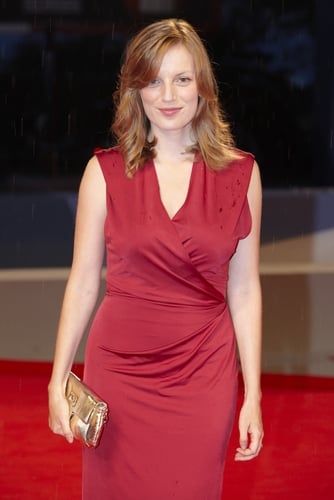 Sarah Polley has written a six-hour miniseries adaptation of the Margaret Atwood novel Alias Grace, a work of historical fiction inspired by the real-life story of convicted 19th Century murderer, Grace Marks. Originally, Polley had written an adaptation as a feature script, but now her project has been redesigned for television, and will be broadcast in her native Canada on CBC while being broadcast globally on Netflix.

For those unfamiliar with the story, here’s a summary of Alias Grace according to Deadline Hollywood:

“[Alias Grace] follows Grace Marks, a poor, young Irish immigrant and domestic servant in Upper Canada who, along with stable hand James McDermott, was convicted of the brutal murders of their employer, Thomas Kinnear, and his housekeeper, Nancy Montgomery, in 1843. James was hanged while Grace was sentenced to life imprisonment. Grace became one of the most enigmatic and notorious women of 1840s Canada for her supposed role in the sensational double murder, and was eventually exonerated after 30 years in jail. Her conviction was controversial, and sparked much debate about whether Grace was actually involved in the murder, or merely an unwitting accessory. […] Both the screen adaptation and the Atwood novel on which the miniseries is based, introduce a fictional young doctor named Simon Jordan who researches the case and begins to fall in love with Grace. He soon becomes obsessed with her as he seeks to reconcile his perception of the mild-mannered woman he sees with the savage murder of which she has been convicted.”

Polley was drawn to the complex protagonist of the Atwood novel in her teens, thinking her an unusually nuanced female character. She told Deadline, “I first read Alias Grace when I was 17 years old and throughout the last 20 years I have read it over and over, trying to get to the bottom of it. Grace Marks, as captured by Margaret Atwood, is the most complex, riveting character I have ever read.”

Female screenwriter and female author, check. Female protagonist, check. But it doesn’t stop there. The miniseries will be helmed by American Psycho director, Mary Harron, and produced by Polley along with Noreen Halpern’s Halfire Entertainment, so you can add female director and producers to the list, too.

This project made me think of another fairly recent female-led project that did really well: the HBO miniseries, Olive Kitteridge, which 1) had a female protagonist, 2) was adapted by a female screenwriter for 3) a female director, and 4) was based on a novel by a female author. The only difference between Olive Kitteridge and Alias Grace is that, while Kitteridge had two female producers in lead Frances McDormand and writer Jane Anderson, the main production company was Tom Hank’s Playtone. Still, it not only did well on HBO, but it picked up most of the Emmy Awards for which it was nominated last year.

More projects should look like this. More projects should look like this and have majority-female crews. It’s possible. And you know what? It’s clear that being majority-female does not mean a death sentence for a filmed project. Projects that are female-led do well financially and critically. So why are things like this seemingly once-a-year events, if that? Why does my heart leap when I see so many women’s names attached to a thing? Why, in 2016, is this not just a thing that happens.

Alias Grace begins shooting in Ontario, Canada in August, and I will be all over it when it gets to Netflix.