Yes, Sarah Connor and Ellen Ripley Are Great, but They’re Not the End All Be All of Powerful Female Characters 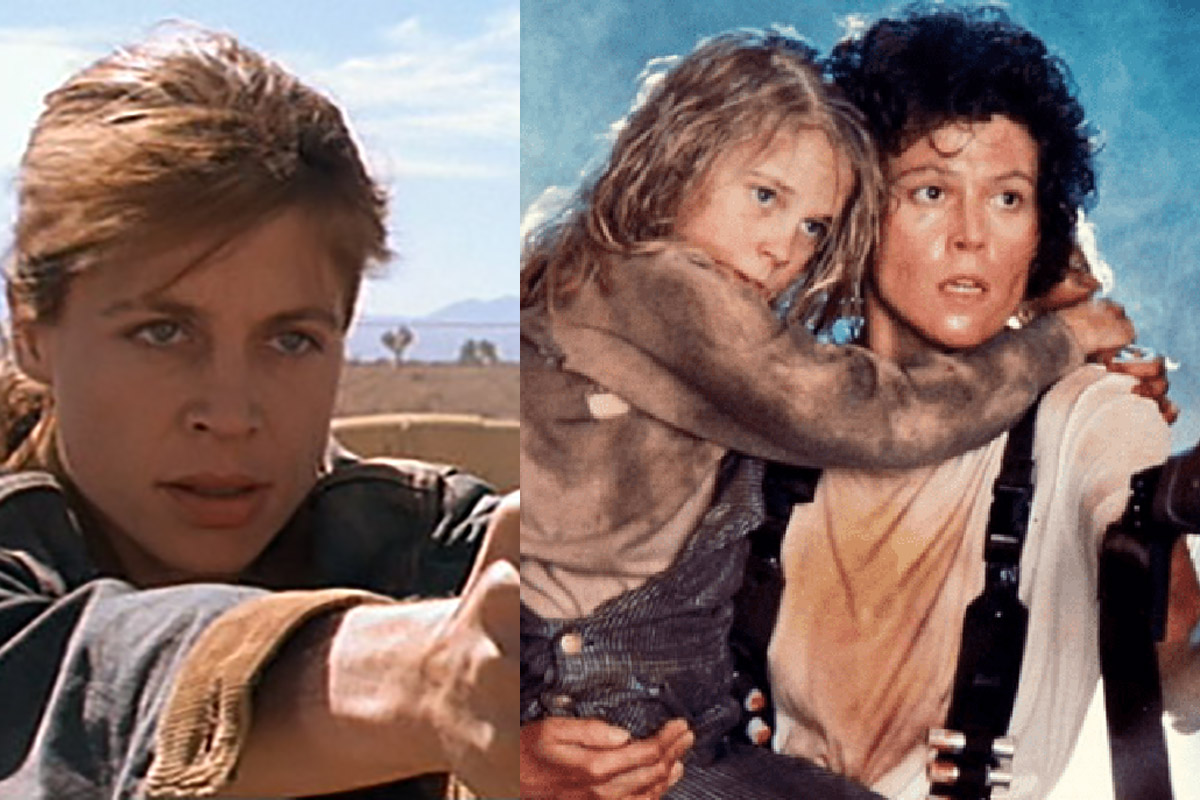 I find it interesting that any time misogyny in action movies—or their fans—is pointed out, we’re bombarded with “Sarah Connor, though!” or “Ellen Ripley is great!” responses, as if, because we have these two white female heroes, we’re supposed to be grateful and balance has been achieved in the universe.

Let me explain: Sarah Connor and Ellen Ripley, while great, are two iconic characters from predominately male movies who happen to end up as the heroes. It’s not just Sarah Connor or Ripley, either. It’s “Well the Kill Bill movies are incredible” or any movie that is an action movie and happens to have a woman in it that gets thrown around.

Why do we have to do this? Why can’t we just have those iconic women and other female-driven properties without it being a battle? You log on to Twitter, and there is hatred for a movie that isn’t even out yet because … why? Women aren’t sexy enough in it? Captain Marvel was attacked nonstop because of … what? I truly couldn’t tell you, because that movie still made over a billion of dollars.

What’s even more interesting is that all these “well I like Sarah Connor” replies are often used as shields against accusations of misogyny. The thing is, though, you can just … not like Birds of Prey. That’s okay. You don’t have to “not all people who don’t like Birds of Prey” us. We know; not everyone who dislikes Birds of Prey, or any other female-led movie, is a misogynist. If you’re not, great. We weren’t talking about you, and you don’t need to argue while we’re trying to discuss a very real, important issue, whether it applies to you personally or not.

The idea of bringing up Sarah Connor and Ripley, as if their existence solves every gender imbalance in filmmaking, every time we talk about strong female characters is interesting because it doesn’t necessarily matter. Yes, I love Ripley and I love Sarah Connor, and I love The Bride. But loving them doesn’t mean that I can’t also want movies like Captain Marvel and Birds of Prey, and the constant takedown of them before they’re even released, by people who just don’t like women, is the problem I’m trying to point out.

It’s a weird concept to me, because those same men certainly wouldn’t like being told, “Bruce Wayne and Tony Stark are great, though. You don’t need these other movies,” about a new Superman/Spider-Man/Flash/Captain America … you get it, right? We have a catalog of male-dominated films (many of which I love with my whole heart) and yet when we, as women, get female-dominated movies, it is often met with outrage.

Here’s my thing: What if we just all let each other live? Because all of this anger and “Well you have these characters” talk makes me then hate that we do have these legends like Ripley and Sarah Connor, because they’re used as excuses to stop us from progressing further. What? Do you just want Linda Hamilton and Sigourney Weaver to play these characters for the rest of their lives, and that’s that for female representation?

Or better yet, if you don’t think something is going to be good, don’t hate on people who do. The internet is filled with people who want to fight you on every turn, even about things that none of us have seen. So yes, I’m grateful for Sarah Connor and Ripley. I’m grateful for every powerful character represented onscreen that means something to someone else. That doesn’t mean I think we’re all good and never need another movie to be made.