Women in Ireland are fighting for the right to choose. The Catholic country is currently going through a referendum about allowing abortion to be legal for women in the Republic of Ireland. On May 25th a vote will be carried out to see if the 8th amendment of the Irish constitution should be repealed. In the above video Irish men and women come together to advocate for “compassion in a crisis” and to repeal the 8th.

For those who don’t know the 8th Amendment of Consitution of Ireland says: “The State acknowledges the right to life of the unborn and, with due regard to the equal right to life of the mother, guarantees in its laws to respect, and, as far as practicable, by its laws to defend and vindicate that right.” Meaning that abortion, except in cases where it threatens the life of the mother, is illegal in the country. It was passed in 1983.

Our former weekend editor, Marykate Jasper, has written on this topic before, and among my personal friends from Ireland, I know that this issue of abortion is deeply important to young women growing up the country. The fear of getting pregnant is towering because there are few safe resources for women once they become pregnant. There are illegal abortion pills, which are unsafe if not given to you by a doctor with proper instructions, and some women may have to travel abroad in order to obtain an abortion. Both of these options are not accessible to poorer women, and because it abortion is criminalized with up to 14 years in jail, any complications that may happen will be unreported.

According to The Guardian, “since 1983, an estimated 170,000 women” have left Ireland in order to obtain an abortion, and “up to 2,000 women each year illegally take the abortion pill” from online.

I visited Ireland last month for my birthday and while I was there I saw many posters both for and against repealing the 8th. 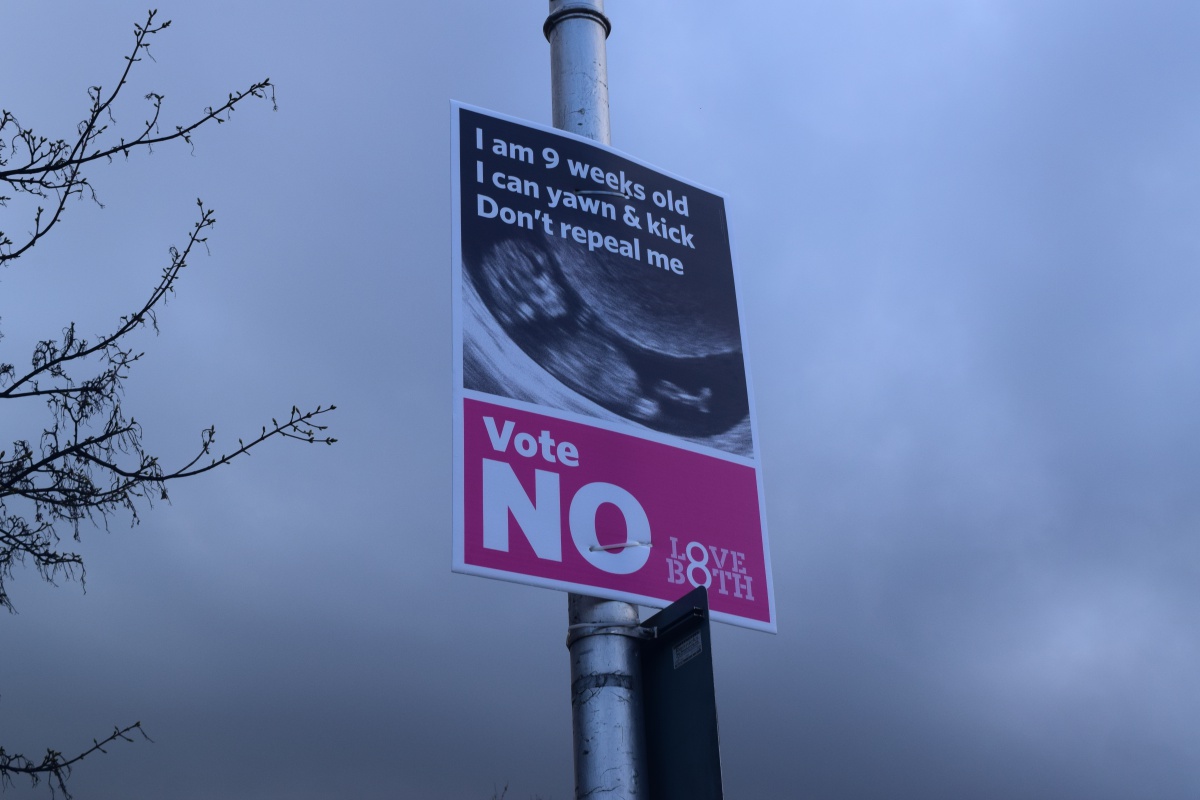 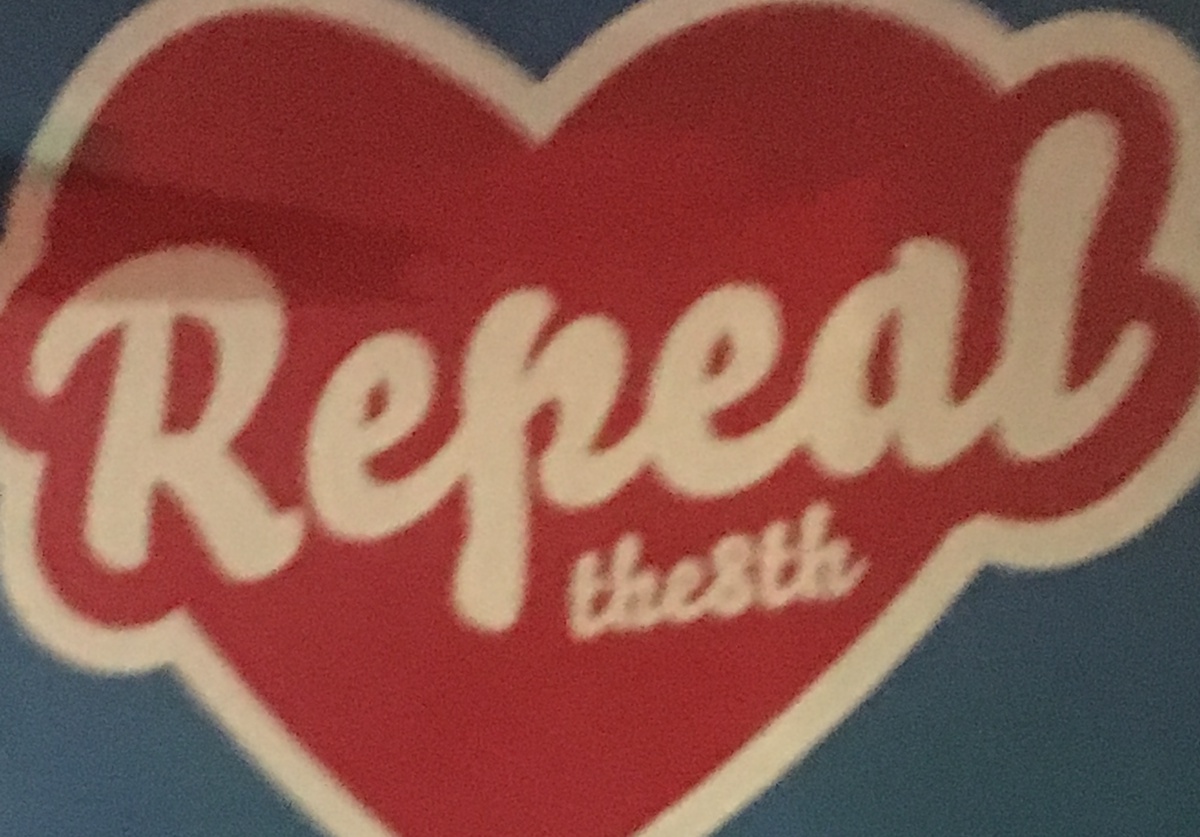 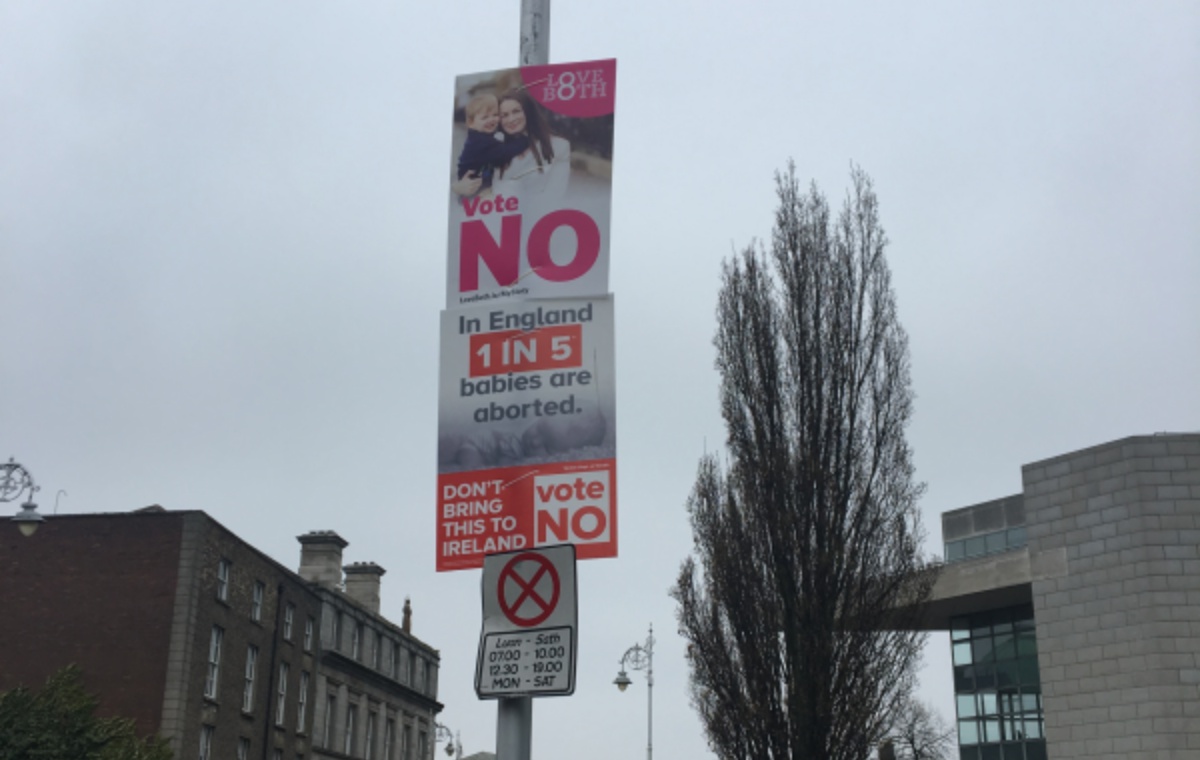 Today, actor Liam Neeson also penned a statement to the Irish Post showing his support for repealing the 8th saying:

“Men owe a debt to women in Ireland. For too long, we have at best stood by and at worst participated in a system that has stripped women of their human rights. Ireland has inflicted indignity and abuse on women for generations, and on a grand scale. In recent decades we have demonstrated the capacity to face the truth of such abuse, to own it and to do whatever we can to respond to it. And that is to our great credit. But the Ireland of the Magdalene Laundries and Mother and Baby Homes is not another country or a relic of some long distant past. Yes, gone are the days when our country used to drop our pregnant women and girls off at the gates of institutions that hid them behind high walls. Yet still, we drop our girlfriends, wives, daughters, sisters and mothers to the departure gates at Dublin Airport, forcing them to travel to other countries to access basic healthcare services and denying them necessary aftercare upon their return.

“Ireland remains a society where we see women in crisis as a problem, to be exiled overseas instead of cared for with respect and compassion here at home. It’s time to end that. It’s time to respect women’s right to make decisions that are right for them and their families.”

Together for Yes, the National Civil Society Campaign to remove the Eighth Amendment from the Constitution has been at the forefront of this movement, putting together the video and providing information to people all over Ireland that may be unaware of what the repealing the 8th really means.

As shown above, many of the posters to keep the 8th say things like “love both” and “I am 9 weeks old…don’t repeal me.” However, these posters do not acknowledge the damage that has been done.

As recently as 2012,  Savita Halappanavar, 31, was told that despite the fact that she was having a miscarriage it would be illegal to give her an abortion as long as there was still a heartbeat, according to her husband. As a result, she had to wait three days for the heartbeat to stop and the remains of the fetus were surgically removed.

However, Dr. Halappanavar caught septicemia, a bacterial blood disease and ended up dying from it on Oct. 28. How is that process loving both?

Sarah Monaghan of the Abortion Rights Campaign has been making sure that the fight for this issue isn’t just taking place in major cities but in rural areas. “In rural areas, there is still a lot of silence around this issue, and for some people the only voice they hear comes from the pulpit. We want to provide an alternative. There is a huge middle ground of people, who are open to conversations on the doorstep, and we will be going door-to-door night after night.”

Monaghan also says that while there is a generation divide, it is not as vast as initially expected. “There are lots of older women for whom the dark history of Ireland is very real. They, or their sisters or neighbours, have been unable to have abortions. Many want to see a better future for their daughters or granddaughters.”

Iowa is already passing laws that stop abortion after when a heartbeat can be detected, which can be as early as six weeks ignoring that many women don’t find out they are pregnant at six weeks. Reading about what is going on in Ireland should be a reminder to those of us in the States to keep a vigilant eye on those who seek to limit abortion in this country.