Hello Kitty is an anagram for Kill the Toy. I know too much.

In honor of Hello Kitty’s anniversary this year, Sanrio has made some clarifications that rocked casual fans of the now-40-year-old character. I say “character” because I’d rather not misgender a mystery, and Sanrio is adamant that Hello Kitty is not, despite what name and appearance might imply, a cat. Hello Kitty is apparently also not a human, doesn’t actually have a mouth, and is probably a horcrux full of magick most foul, so come on, dudes, what gives?

In a confounding new development, Gotham Academy artist Karl Kershcl says that a Metroid-inspired strip he designed for a book featuring Hello Kitty art from illustrators around the globe was censored because (bolding my own, because gadzooks): “Sanrio doesn’t want Hello Kitty associated with an actual cat in any way. ”

Here’s the redacted strip in its entirety: 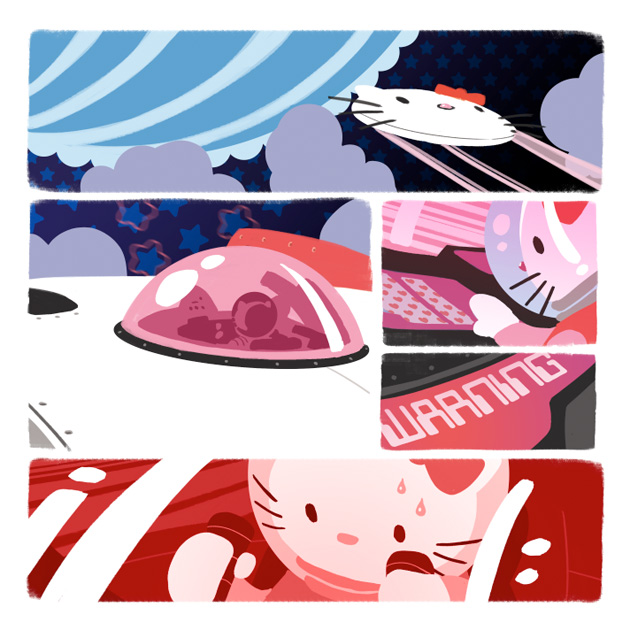 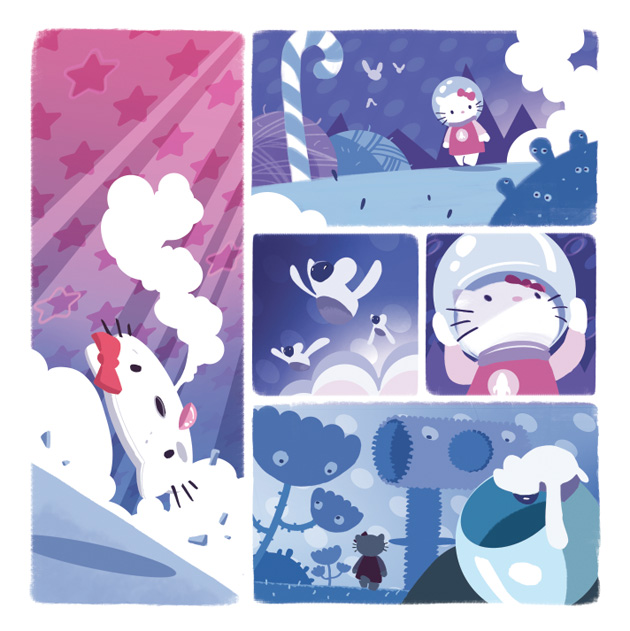 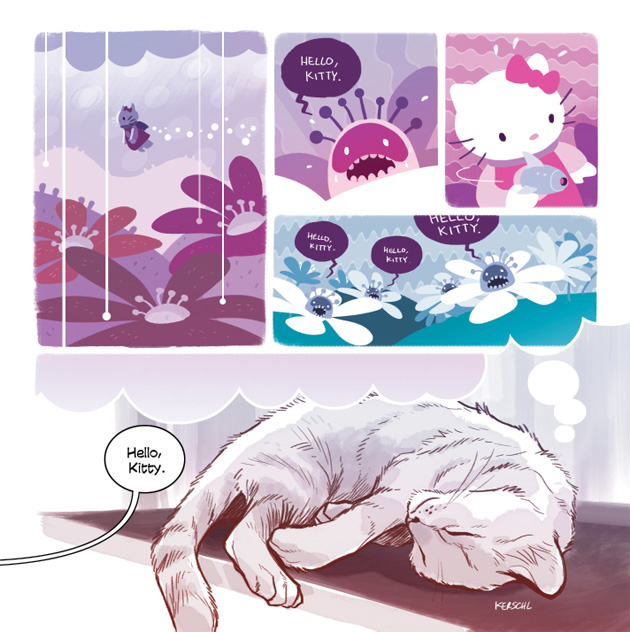 What’s fascinating to me about this new development in #CatGate is Sanrio’s appetite for absurdity. One-dimensional disembodied Hello Kitty head flying through space? Bring it on. Anatomically accurate kitten snuggling on a windowsill? DO NOT BESMIRCH THE GOOD NAME OF SANRIO WITH YOUR HUMAN NEED FOR CONCRETES, DRAWER-MAN! MEANINGLESSNESS SIRED US AND CHAOS SHALL SWALLOW US, GAZE UPON US AND DESPAIR! [Citation needed.]