The Sandman Movie Just Lost Another Writer, Who Thinks It’d Make a Better TV Show. But Would It? 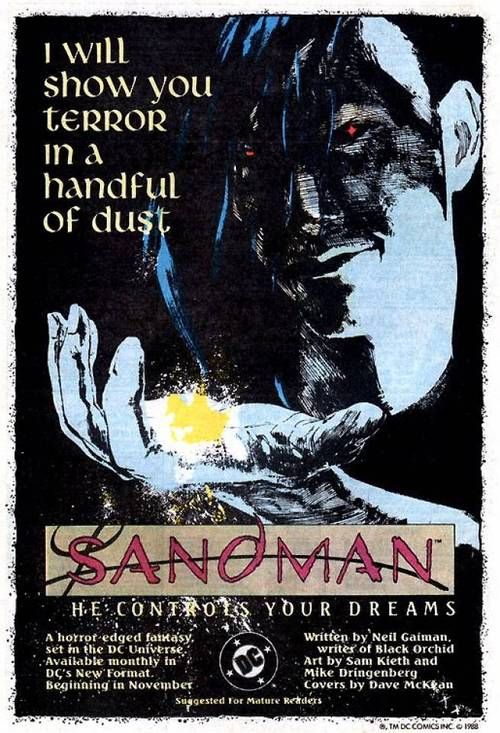 Screenwriter Eric Heisserer isn’t the first screenwriter to leave the movie adaptation of the Sandman graphic novel series. He may not be the last, either, assuming this project continues at all.

Okay, maybe that’s a little negative—but things don’t look good for The Sandman adaptation, lately. The creative team has suffered a lot of setbacks in the past year. Before Heisserer left the project this week, Jack Thorne was the screenwriter tapped to put the series on the silver screen. Also, when Thorne was still a part of the project, Joseph Gordon-Levitt was also involved in the creative process, and he had planned to direct and star in the eventual adaptation.

Last March, however, JGL dropped out of the project, explaining that after The Sandman changed hands from Vertigo to New Line, the project began to change in ways that the creative team didn’t like. In Gordon-Levitt’s words: “I came to realize that the folks at New Line and I just don’t see eye to eye on what makes Sandman special, and what a film adaptation could/should be.”

According to IMDB Trivia, these creative differences arose because New Line wanted to replace screenwriter Jack Thorne with Eric Heisserer. However, even at the time of Gordon-Levitt’s departure, Heisserer refuted that claim, saying that JGL had stopped working on Sandman several months before writing his announcement about leaving the project behind.

As for what exactly the real creative differences surrounding the project might have been, well… we can only speculate, but it seems fair to guess that trouble could have arisen over the fact that this work seems uniquely challenging to adapt for the screen. It’s big, it’s complicated, it’s confusing. New Line’s decision to hire Heisserer didn’t pay off for them, either, since he seemed equally flummoxed by the prospect of adapting the source material. He told io9,

“I had many conversations with Neil [Gaiman] on this, and I did a lot of work on the feature and came to the conclusion that the best version of this property exists as an HBO series or limited series, not as a feature film, not even as a trilogy. The structure of the feature film really doesn’t mesh with this. So I went back and said here’s the work that I’ve done. This isn’t where it should be. It needs to go to TV. So I talked myself out of a job!”

The tweet doesn’t necessarily suggest that Neil Gaiman is glad that the project has stalled out again, or anything, but he doesn’t exactly sound surprised. A long-form TV series would probably make more sense for a project with this extensive of a scope, and perhaps if the TV adaptation of Neil Gaiman’s American Gods ends up being a massive hit, something like that could happen.

The Sandman books seem like a better TV adaptation idea than American Gods, actually, if we’re just bandying around Neil Gaiman-related ideas. Adapting Sandman into a movie—even a trilogy—never seemed possible to me, so I can totally see how Heisserer came to that conclusion, too. There’s just too much there. By comparison, I’m not actually sure if American Gods has enough contain to sustain more than one season’s worth of hour-long TV drama fare, but I’m holding out hope that I’m wrong, because the cast-list looks so darn good.

Anyway, since HBO has bet all their cards on Westworld lately as “the new Game of Thrones” on their network, they’re probably not looking to adopt another big-budget sci-fi/fantasy fixture quite yet. It’s too bad, though, because this probably would have been a good bet for them. Plus, with some smart writers on board, perhaps the more disappointing aspects of Sandman could be reworked in some small way. Who knows? It could still happen. But for the moment, Sandman is still stuck wandering through development purgatory.