The actor announced the news on his Facebook page yesterday. 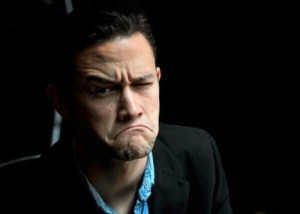 The film adaptation of Neil Gaiman’s The Sandman, which has been in the making for at least two years already, is now down a director and star in Joseph Gordon-Levitt–who announced via his Facebook page that he had departed from the project.

This announcement comes only a day after the news broke that the film had landed a writer–Eric Heisserer, who’s penned both the remakes of A Nightmare on Elm Street and The Thing. You can read Gordon-Levitt’s statement in full below:

“Creative differences” is a common reason cited for why many pairings on Hollywood don’t seem to be working out well in collaboration efforts; it seems that along the way, ownership of the material directly contributed to putting Sandman in the hands of folks who didn’t quite have the same vision that JGL did. It’ll be interesting to see if the project moves forward as planned–especially now that there’s a scriptwriter involved–or if this might be one of those adaptations shelved in perpetuity.

Neil Gaiman had this to say on Gordon-Levitt’s departure:

And, for the record, my respect for @hitRECordJoe, is undiminished. Getting to know him was the best bit of the last round. He's special.

I very much hope so. I would love to work with @hitRECordJoe some more. He's smart, honest & really nice. https://t.co/lbFrNLAycJ

2. Joseph Gordon-Levitt and New Line parted ways months before I signed on. So when the first announcement landed I was confused.

3. No doubt Joe was confused as well, but departures tend to be quiet, especially if it's respectful among the parties.

4. There's also the hope that those with passion for material somehow find their way back to it, so in that way I remain hopeful, too.