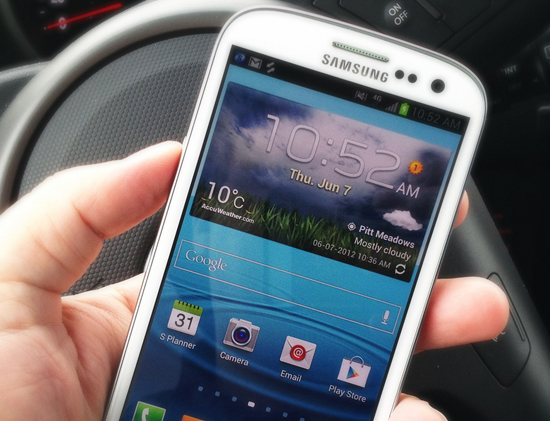 The absolute fervor for sleek smartphones doesn’t appear to be stopping anytime soon. In its second quarter, Samsung managed to ship 50,500,000 units. That takes the record for the greatest number of shipments made by a smartphone company in a single quarter. In contrast, Apple only managed to ship around 26,000,000 in the very same quarter. Looks like somebody’s finally catching up.

All statistics should be scrutinized but if the numbers research firm Strategy Analytics have reported are correct, then Samsung had around 35 percent of the global market while Apple managed a mere 18 percent market share in the same quarter. This could very likely be due to the fact that Apple simply has fewer models available to ship than their rivals. Samsung offers  an assortment of smartphones with a wide variety of pricing tiers.

Essentially, according to these numbers, Samsung managed to nearly double Apple in shipped units which was also reflected in their market share. They also reported a $5,860,000,000 profit during the second quarter — a 79 percent increase from the same quarter last year. Regardless of possible statistical shenanigans, it’s clear that Samsung is doing quite well for itself.

Another important factor to keep in mind here is that shipped units don’t necessarily equate to sold units. Just because Samsung pushed a greater number of gadgets out the door doesn’t mean they also sold the most. If they had proof of such a thing, they’d likely be making a big deal out of it. A little skepticism when it comes to business is healthy.