Samsung Did Not Pay Apple $1.05 Billion in Coins, Internet. Come on

This one? Again? Really? 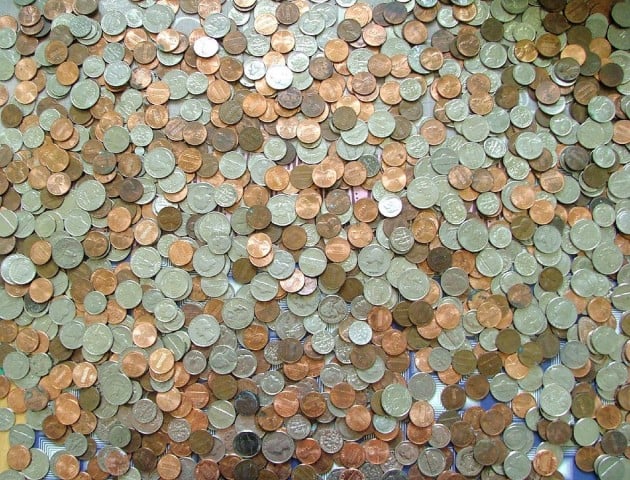 An old Internet myth seems to be rearing it’s made-up head, and people are once again sharing the story of how Samsung paid off a $1.05 billion court-ordered settlement with Apple in 30 truckloads of nickels. Except… they obviously didn’t. Besides this being an old myth, let’s look at why it’s so ridiculous. Simply put – sheer volume.

We traced the source of one recent post on the story back to The Blade Brown Show, who copy and pasted the story word-for-word from its original source on humor site PaperBlog.com. The original ran in August of 2012 after the actual court ruling, and Blade Brown posted it on November 13th of this year.

Apparently, a small site re-running an old story was enough to revive this thing, and it’s making the rounds again despite being long debunked. Since Snopes.com telling the Internet it was being silly wasn’t enough, we’ll go through the trouble of doing it again.

Besides the insane number of nickels, weighing in at five grams each, the weight of 20 billion nickels would add up quickly. Each of the 30 trucks alleged in the story would have to be carrying 3,674.3 tons (short tons, 2,000 lbs) of nickels. According to Wikipedia’s entry on dump trucks, the truck weight limit in the U.S. is 40 tons. It notes that exceptions of up to 52.5 tons can be made, but either way, you’re going to need a lot more than 30 trucks.

To pay off $1.05 in nickels would require a huge investment by Samsung to physically collect all of the nickels in a bizarre supervillain type of scheme, and then ship them to Apple. Though it would admittedly be a total baller move on the part of Samsung, this whole thing is just ridiculous.

If you want to circulate a silly story about Samsung paying off Apple, let’s start a rumor that they did it in $100 bills and “made it rain” on Apple headquarters.

(via Snopes, image via Guanatos Gwyn)