A team at the Chinese Academy of Sciences stunned geneticists by producing 29 healthy #mouse pups from two female parents with the help of #DNA editing. Next: Monkeys. Future: Humans?! Whoa! #genes https://t.co/kFMfaH48KS pic.twitter.com/An9m6jy96i

In an important move for both science as well as Women Who Are Over This Shit, researchers in China have just helped a pair of female mouse parents give birth to healthy pups via gene editing and stem cells, no male mice involved.

This isn’t the first time that two female mice were able to birth a pup. In 2004, a pup was similarly born in a lab, but the process has now been refined for healthier, more “normal” growth of the babies. Of 210 embryos, 29 healthy mice were not just born, but grew into adulthood and gave birth to pups of their own.

It’s not clear yet what the implications are for how this could translate to human use, and obviously, there are some huge ethical questions to be raised when that time comes. But for now, we can just celebrate the idea of two beautiful lady mice in love and raising a family all on their own, no men-mice needed. (And yes, of course I know that’s not the reality of lab mice but please just let me have this anthropomorphized fantasy.)

They can have dinner parties with the Sydney Sea Life Aquarium’s gay penguin couple, Sphen and Magic.

Sydney’s Sea Life aquarium says it is a gay penguin couple, Sphen and Magic, and they are hatching an egg together

Penguins giving each other special rocks is my favourite thing in nature, it’s honestly just so pure and good

Leslie Knope can come, too. 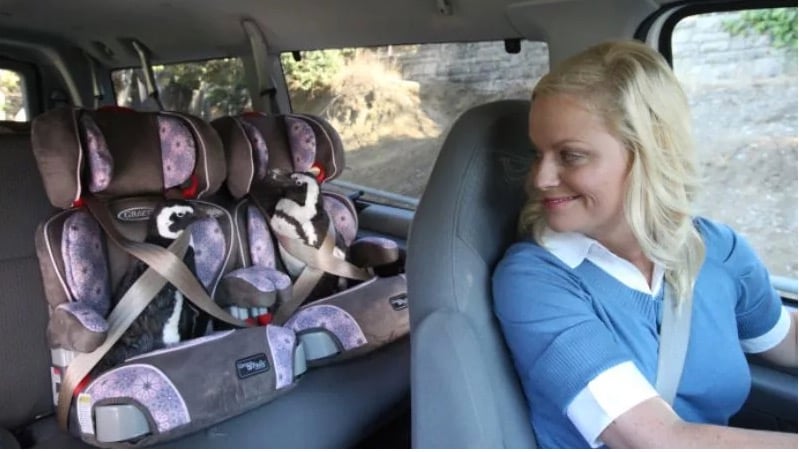 Interestingly, all the pups born to the two mice moms were female. Since the embryos were created without any male assistance, they lacked a Y chromosome, further leading to our dreams of an IRL Themyscira.

Great question — female mice can only have female pups. Scientists think that they could theoretically make males, but that’s a bit in the future.

Pairs of males can have either female or male pups. But for this study, the researchers opted for only male children from the dads

The researchers also bred pups from a pair of male mice using a surrogate, and for the first time ever, those pups made it to term. Unfortunately, they died after a few days. So for now, we’ll stick with dreams of our female utopia or rodent Amazons and leave it at that.

If you want the sciencey details, National Geographic has a great write-up and you can read the full report here.