It’s heartening to see how several late-night hosts have prioritized Puerto Rico, bringing to light not only the devastation wreaked by hurricanes, but the island’s complicated relationship with the U.S. and its questionable economic policies toward its commonwealth. Six months after Hurricane Maria, Full Frontal with Samantha Bee delivers a special filmed in Puerto Rico, giving a platform to the Puerto Ricans themselves to talk about their recovery.

The Full Frontal crew went to Puerto Rico last month to film the special, The Great American Puerto Rico* (*It’s Complicated). Right there in the title, it addresses one of the largest elements affecting the lackluster relief effort that’s been put into the island’s recovery from the U.S. government, the fact that Americans need to be reminded that Puerto Rico is part of the United States.

In an interview with The A.V. Club, Bee reveals that it was important to her and her team to hammer this point home:

“We definitely had to put a little asterisk, because it is complicated, their relationship to the mainland of the United States. It’s really complicated. But Puerto Ricans are American citizens and they are not treated as such. I think that what this hurricane did was lay bare the complicated nature of our relationship, and the way we have really mistreated the island throughout the years. All of that hurt, and all of that history is there for everyone to see now. That’s what it is. It’s an open book now, and you read the chapter if you choose. It’s really terrible, what happened.

“And it’s amazing, the number of people who did not know that before the hurricane. Even more will learn that after Wednesday!”

While the show will deal with the hardships Puerto Ricans are dealing with, it will also showcase their resilience and the fact that Puerto Ricans, at heart, are a people and a culture full of joy. Bee says:

“I do talk about it with people in the outside world, and they wonder, ‘what’s it like there? Is it so sad?’ But when you’re there, it’s not like ‘Oh, there’s trees everywhere—it’s so sad here.’ When you’re there, it doesn’t have that character, because Puerto Ricans are scrappy and DIY. They are making things work and changing things, and trying to make it better. So we wanted the piece to be a reflection of that, and to not just show these like, ‘pornographic’ images of sad things. Because people are still eating in restaurants, making beautiful cocktails, and doing fun things. There’s a vibrance, and there’s a life there, and we wanted that to be reflected in the special.”

Full Frontal‘s Puerto Rico effort goes beyond the one special. Bee has also spearheaded a t-shirt campaign through the show to raise money for The Hispanic Federation‘s efforts there. 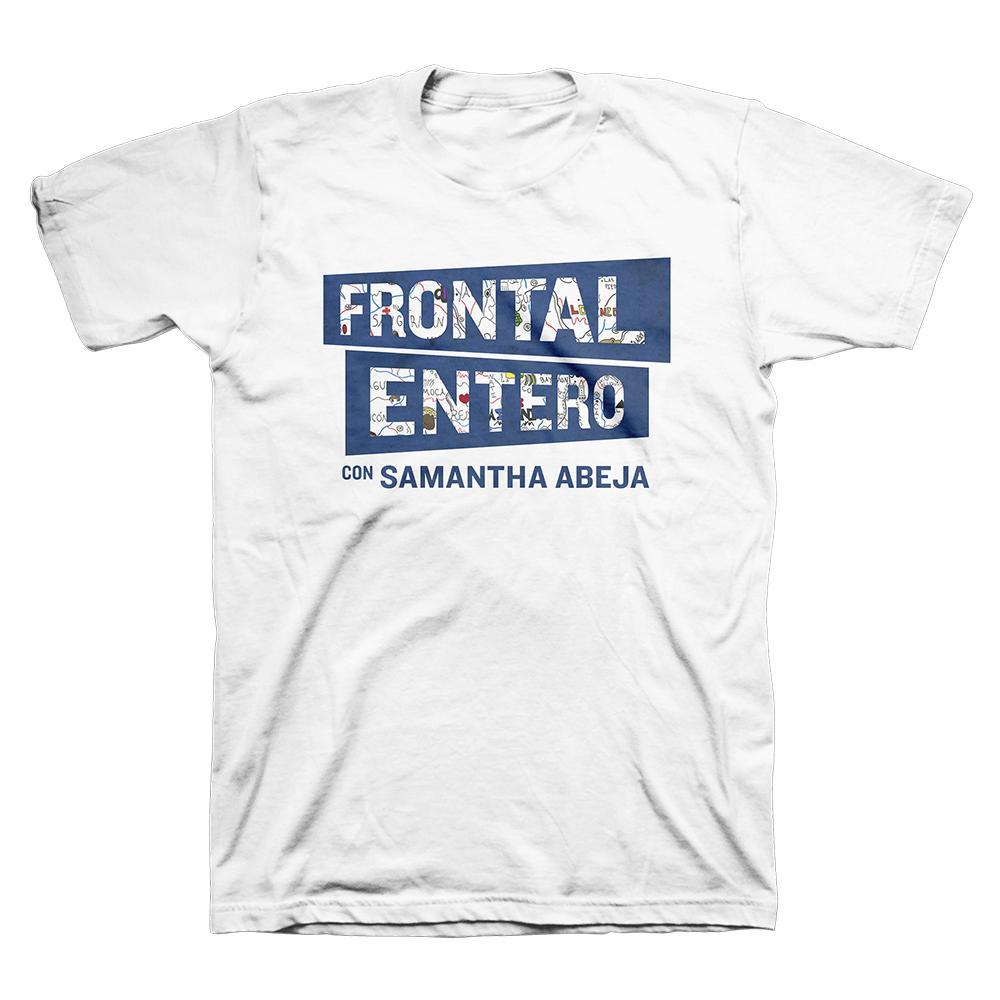 The shirts are being manufactured in Puerto Rico, because according to Bee, “We’re trying to feed into the job creation system, and the proceeds for the T-shirts go to the Hispanic Federation, which as I understand, is one of the only charities that’s doing that day-to-day work of helping people rebuild their homes. Where FEMA is failing them, the Hispanic Federation is really stepping in.” Want one? Check them out at the TBS store.