Frederator-Backed Sam Sweetmilk Gets A Kickstarter Campaign | The Mary Sue

It's like, what do you even need money for? Food? Give it to these guys instead. 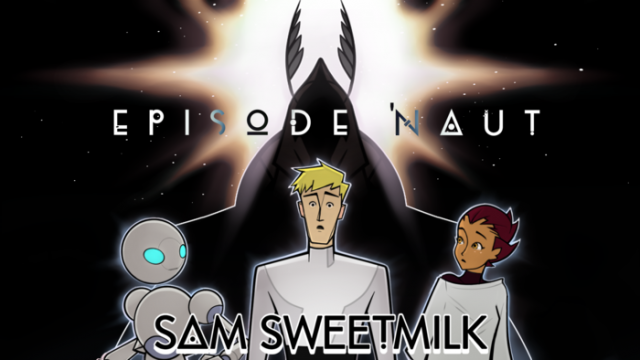 Frederator’s been doing real well for itself in the making-stuff-for-the-Internet department, and in their zeal to find great content, they’ve picked up another cartoon pilot for their Youtube channel — Sam Sweetmilk, an sci-fi comedy that’s currently hosting a Kickstarter campaign to create a new 17-minute long, fully animated episode.

Starring Pirates of the Caribbean and Supernatural actor Kevin R. McNally (no relation, probably), creator Jason Lee Weight — who maintains that he’s only voicing the lead character until they can find someone more suitable, even though he’s doing a pretty great job so far — and Bleach‘s Tricia Pierce,  the pilot follows the titular character as he tries to regain his lost memories with the help of his robotic first mate and a sheltered alien heiress. The pilot is a bit rough as far as animation goes, but it’s still pretty funny and you can watch the whole thing right here:

“I’m more baked than an improperly prepared salad” might be one of the best comparative statements we’ve ever heard, by the way. Awesome stuff.

The rewards for the Kickstarter campaign are also pretty fantastic — there’s the standard ones like posters, DVDs, and episode cameos, but if you shell out $4,000 or more, your name gets to become a swear word in the Sam Sweetmilk universe. It’s too bad our own Glen Tickle doesn’t have that kind of money lying around, because his name would make a much better expletive than the name of anyone else who works here.

As of writing, the campaigns only made $6,466 of its intended $33,000 goal, but it’s also got 27 days to go, so its chances look pretty good. It certainly seems worth pitching in a couple of bucks just to see more of that gorgeously rendered animation (it starts about 4:30 minutes into the above video). Hooray for animated space!