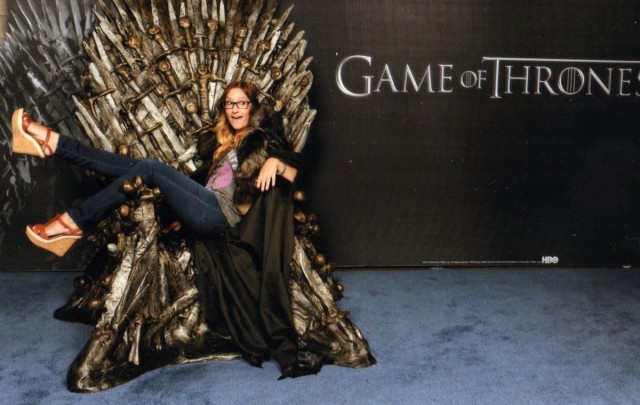 From time to time the people who bring you Geekosystem come out of the Internet and into the real world where you can see us doing real people things. Tonight you can see our Weekend Editor Sam Maggs on the MTV Canada show Play With AJ! It airs at tonight 9:30 EDT.

What is Play With AJ? According to the MTV Canada site it is a:

“PLAY with AJ” is a weekly 30 minute in-studio magazine style show that focuses on the pop culture surrounding sports and the athletes in it and the celebrities that count themselves as fans. Hosted by Aliya-Jasmine Sovani, the show will have field segments and in-studio guests as well.

Focus on sports aside, we’re looking forward to seeing Sam on MTV Canada, and we think you should be too.