"We are the easiest to get discredited." 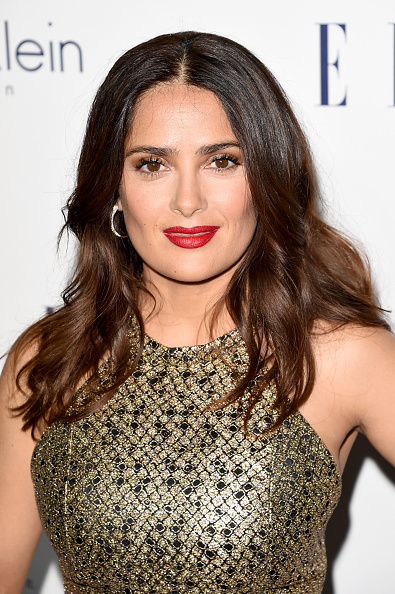 Salma Hayek was one of the many women who shared her story about Harvey Weinstein’s abuse and harassment, sharing her story in a New York Times op-ed about his behavior during her efforts to make Frida. The story is a disturbing and awful account of Weinstein holding the film hostage and taking advantage of her.

Weinstein responded soon after in a statement, saying, “[a]ll of the sexual allegations as portrayed by Salma are not accurate and others who witnessed the events have a different account of what transpired.” It also includes some very uncomfortable statements that seem to imply Hayek was simply mad about filming decisions (“As in most collaborative projects, there was creative friction on Frida, but it served to drive the project to perfection”) or suggest that she should be grateful rather than upset. In addition to bringing up the projects Weinstein has cast Hayek in, it also points out, “[w]hile Jennifer Lopez was interested in playing Frida and at the time was a bigger star, Mr. Weinstein overruled other investors to back Salma as the lead”.

Weinstein’s response to Hayek stood out for a few reasons, mainly from the fact that the producer’s team rarely responded directly to his accusers. In fact, prior to Rose McGowan, Weinstein had only publicly denied accusations from Hayek and Lupita Nyong’o, both of them women of color. This fact was not lost on many following the Weinstein scandal, and the implications of it were clear.

Speaking to Variety‘s Ramin Setoodeh at the Women In Motion panel, Hayek spoke about Weinstein’s responses to her an Nyong’o, saying, “We are the easiest to get discredited. It is a well-known fact. So he went back, attacking the two women of color, in hopes that if he could discredit us.”

Nyong’o had spoken out about Weinstein in a New York Times article where she described the an invitation from the producer for a private screening, his continued insistence that she drink alcohol, and his request for a massage. Weinstein’s team, in response, said, “Mr. Weinstein has a different recollection of the events, but believes Lupita is a brilliant actress and a major force for the industry. Last year, she sent a personal invitation to Mr. Weinstein to see her in her Broadway show ‘Eclipsed.'”

“Which would be easier for the audience, the reader, to not believe us,” said Hayek, “he could then maybe discredit the rest. So he went to the weakest links.” When Setoodeh point out that it’s outrageous that Weinstein though he could get away with anything when there were so many women, Hayek responds, “That’s not insanity, cause that’s a well-proven fact: that women of color are less listened to. It’s statistics.” She adds that it was likely an act of desperation.

The unique challenges for women of color dealing with sexual harassment and abuse to receive the same kind of attention or help will a constant issue the Hollywood and industry reckoning has had to deal with, despite the fact that women of color have been advocating for survivors long before (Gabrielle Union, Thandie Newton, Anita Hill, the list goes on).

To come forward with a painful story is not easy and when Setoodeh points out that these kind of responses make it so much harder to come forward, Hayek replies, “If there hadn’t been so many, probably people would have thought that we made that up.”