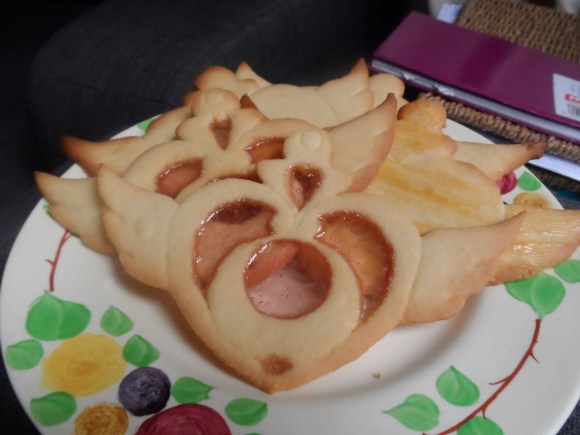 Before I saw this, I thought that I had made some pretty good cookies in my life. But since I’ve never made cookies with see through bits I must now recind that opinion. I have a new hill to climb, ladies and gentlemen. And it involves Jolly Ranchers.

You can check out pictures of the process behind these cookies at An Inadequate Tumble.