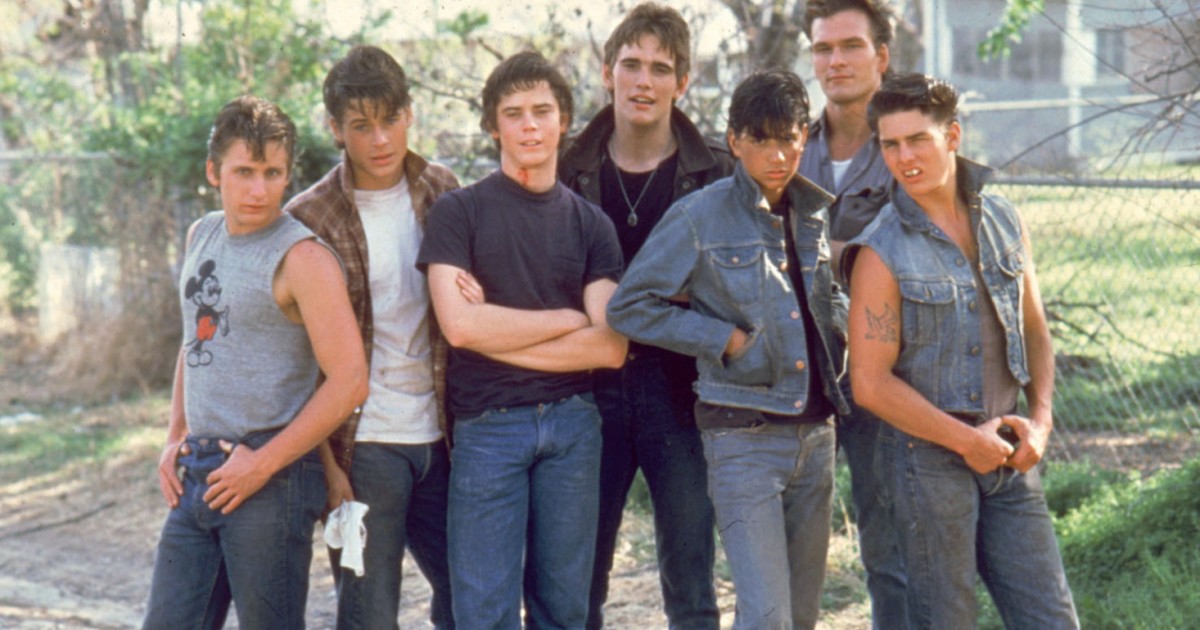 S.E. Hinton, who is famous for writing one novel that many people were forced to reading high school, is at it again with the bad opinions on what constitutes writing and reading. The authors of The Outsiders was asked today if she’d ever consider allowing the YA novel to be adapted into a graphic novel. Her answer was both ignorant and arrogant.

No The Outsiders is the first book many people read in their life & it shows them they CAN read a book. Not that they can turn the pages on a graphic novel. https://t.co/rabJnbQb3G

Let’s break this down. The Outsiders is not, by any measure “the first book many people read in their life.” I’d give that title to, I don’t know, Goodnight Moon or Green Eggs and Ham. Does she mean the first book without pictures or a chapter book? Again I don’t think so. This is a book about juvenile gang violence in the 1960s. It may be influential but it’s certainly not “the first book many people read” and it’s pretty self-important for Hinton, who wrote the novel in her teens and has not published a major work in decades, to say so.

But what’s more grating is Hinton’s misunderstanding of graphic novels. Does she think they don’t have words? Does she think that by virtue of being focused on images and dialogue that they aren’t books? Does she believe that the prose of The Outsiders is so golden and special that to adapt it would be to destroy it? She certainly didn’t have a problem when they made the book into a movie in 1983.

I was already… not a fan of how she interacted with readers but this statement is so WILD and hurtful.

But also like – you think THE OUTSIDERS is the FIRST book some people read? Like 6 year olds are just busting into that bad boy right outta the gate??? pic.twitter.com/9FZBXJUhK5

I also don’t believe The Outsiders should be turned into a graphic novel, but largely because the thriving and vibrant landscape of graphic novels for children that is creating an exciting generation of visually literate people can do better than West Side Story fanfiction.

Hinton did later reconsider and apologize, but the damage was done.

In case you haven’t noticed, I am reconsidering it & apologize to all fans of graphic novels. https://t.co/zLIHBnIoUN

Speaking of fanfiction, this isn’t the first terrible opinion S. E. Hinton has blasted on Twitter. She got in hot water in 2016 for some ignorant and homophobic comments she made when asked about the heavy homoerotic subtext many have found in The Outsiders. She can certainly claim she didn’t write any characters as gay, but her response and especially her dismissive tone in dealing with fans was very bad.

Young gay kids can identify with the book without me saying the characters are gay.
I never ever set out to make anyone feel safe. https://t.co/mLO8jYturY

The irony here is that Hinton was asserting ownership over her own works, when she herself is a writer of fanfiction. Hinton has been open on many occasions about the fact she writes Supernatural fanfic, and has even leveraged her remaining fame to snag set visits and appearances as an extra on the show. She’s claimed she’s shown her fic to show creator Eric Kripke, but since television writers are legally not allowed to read fanfic, I highly doubt that.

But S. E. Hinton is apparently the only person allowed to write fanfic and call it good writing. I’m going to get a bit personal now. The following exchanged came when, in 2015, Hinton started berating Supernatural fans for whining too much about the writing on the show and a fan came to the defense of fanfiction … that fan was me.

One things that really gets on my nerves:People who think they can write a
better #SPN than the writers do. Try it. Just fucking try it.

@se4realhinton @babserella2778 I think that if they had the specs it’s totally possible. People are so talented and creative in fandom.

@se4realhinton @babserella2778 Fic is about telling exciting stories abt characters we love in original ways. AUs esp can be very original.

@fangirlingjess I am so sick of this topic You think you are a great writer? GO
FUCKING DO It!!

I honestly still cherish the time the author of The Outsiders told me to be a writer, given that at this point I think I’ve written more than she has (especially if you count fanfic, which I very much do!). Coincidentally, my very first piece here at the Mary Sue was published a little over a month after this. I couldn’t show her of course, since she blocked me minutes after this exchange.

S. E. Hinton’s behavior today and five years ago with me is all part of the same problem. She exemplifies a type of elitism and snobbery that masks deep hypocrisy. It’s somehow “silly” to write fanfic unless she’s the one doing so. It’s sacrilege to adapt The Outsiders to a format that deters reading … unless it’s a movie that is probably is still paying her bills.

Authors don’t need to be like this, and thankfully, many are not. Most authors want people to love and play with and live in and enjoy their work, and they’re thrilled to see their work represented in other mediums. It’s just sad that someone whose one-hit-wonder had an impact on American readers is not one of them.