Well that's not very nice at all. 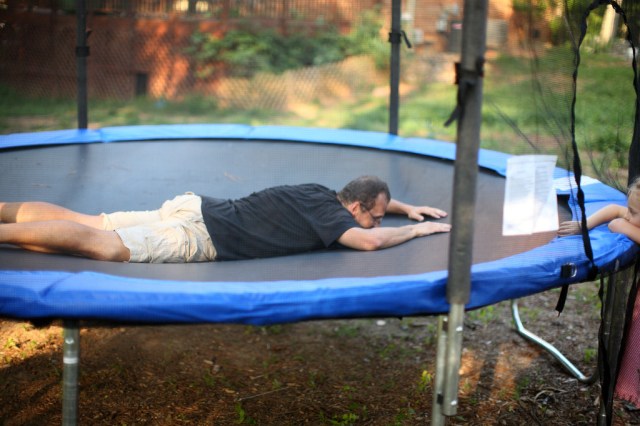 Things between Russia and the United States are a little… complicated at the moment due to tensions over the Ukraine/Crimea situation. NASA relies on the Russians to get American astronauts to and from the ISS, but a Russian Deputy Prime Minister has suggested maybe we should be using a trampoline instead. Wait. That won’t work, will it?

Deputy Prime Minister Dmitry Rogozin tweeted a response to the recent sanctions the U.S. has put on Russia saying that after reviewing the sanctions he suggests America send its astronauts to space using a trampoline. We’re not rocket scientists, but that doesn’t seem like a serious, viable suggestion for space flight at all. Instead, it sounds more like Rogozin’s telling NASA where to shove it.

Thankfully, Rogozin is in charge of Russia’s defense industry, not their space program and his tweet isn’t exactly official policy. At least for America’s part NASA Chief Charles Bolden says the relationship between our two countries’ space programs are “amicable” even if the rest of our governments don’t get along.

That could change, obviously, so maybe we should start looking at other options for sending humans into space than relying on the Russians’ Soyuz rockets and capsules.

Elon Musk stepped in to do a quick Tony Stark impression and remind everyone that his company SpaceX is currently working on solving that exact problem.

Sounds like this might be a good time to unveil the new Dragon Mk 2 spaceship that @SpaceX has been working on w @NASA. No trampoline needed

(via Space.com, image via Pawel Loj)