U.S. Fears Russian Acquisition of ICQ: Apparently, Most Criminals Use It 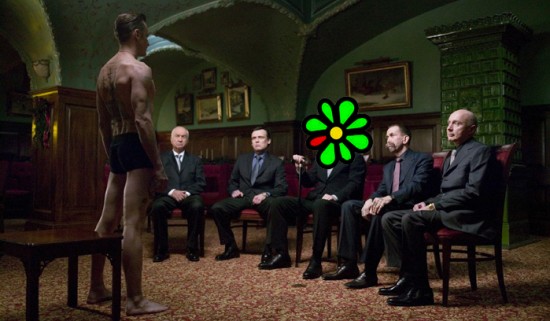 Um, so did you know this? Apparently ICQ‘s heyday didn’t end millions of years ago. According to an article from CY.TALK, senior U.S. officials are alarmed over the sale of the instant messaging service to a Russian company, fearing they will lose tabs on the criminal underworld.

ICQ, which is one of the largest IM services of its kind, is especially popular in Russia and Eastern Europe. The implications are clear: If we don’t do something about it, our world will soon be overrun by guys straight out of Eastern Promises.

This past spring, AOL, the current owner of ICQ, made a deal with Russian Internet investment giant Digital Sky Technologies to sell the IM service for $187 million. However, U.S. law enforcement officials are now protesting the imminent transaction, claiming that most criminals use the program to chat. The sale, they claim, would disrupt American access to the ICQ servers, currently located conveniently in Israel.

The US Committee on Foreign Investment, which had the power to block the deal, is now unable to do so, as the law dictates such a business deal cannot be canceled after 30 days of its initial announcement. They could break the rule and make an “exception,” but then what would be the difference between us and them, hm?

Russian specialists dismiss the security concern, saying that as long as there is a global effort made to fight cyber crime, the IM service’s location is irrelevant.

Director of the Institute of Globalization and Social Movements Boris Kagarlitsky said: “The problem is that not only criminals are using ICQ. Most users are innocent. Nevertheless, there is no guarantee that your mail is not read. This is a traditional human rights concern which has to be taken very seriously.”

Sounds like the close-knit relationship (re)established between the U.S. and Russia last Thursday when President Barack Obama and Russian President Dmitry Medvedev had burgers for lunch and discussed political affairs isn’t exactly smooth sailing just yet. At least we still have the “Twitters” on good ol’ American soil.