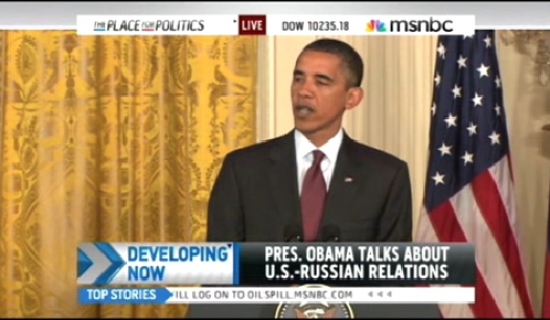 How mirthful! During a recent speech on relations between the U.S. and Russia, President Obama accidentally referred to popular social media service Twitter as “Twitters.”

Obama: “[I have valued] very much the opportunity to hear president Medvedev’s vision for modernization in Russia, especially high tech innovation. It is a personal passion of the president. During his visit to Silicon Valley this week, he visited the headquarters of Twitters, where he opened his own account. I have one as well, so we may be able to finally throw away those red phones that have been sitting around for so long.”

Twitters. Twitters!!! Well how about that.