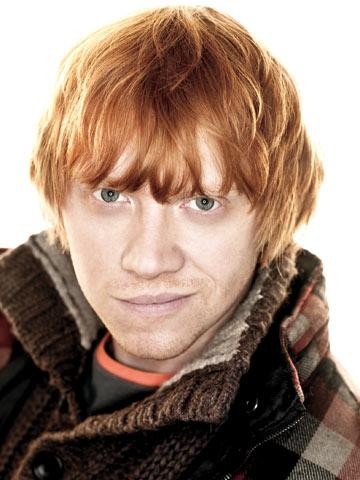 Rupert Grint loves comics. Though when it comes to superheroics on film or TV, he seems to want to do an original take on the genre, not an adaptation. After starring in a never-aired comedy pilot with Stephen Fry called Super Clyde, Grint now has the chance to live a superhero life on-screen!

His latest project is a still-untitled comics-inspired drama for NBC that was developed specifically for him by Ugly Betty creator Silvio Horta and Life In Pieces and Secrets & Lies producer Aaron Kaplan. Deadline Hollywood describes the series like this:

Rupert, [is] a low-level New York office drone obsessed with Imperial City, a comic book series his father created before his death. Rupert has spent his whole life believing he owned all nine issues. But when a mysterious comic book collector reveals the existence of a tenth issue, Rupert discovers that the world of Imperial City is real, and he is the one person who can save it.

That actually sounds like a pretty cool concept, and the talent behind it is top notch. This could be a winner! But you know what I’m gonna ask, right?

Where are my women and people of color? Now, Horta is of Cuban descent so, you know, yay. But I do hope that as the project moves forward that they acquire some lady producers and do right by whatever female characters join Rupert on his journey to save Imperial City. If the “mysterious comic book collector” is a woman, I’ll be very pleased indeed.

What do you think about this? Does this show (which should probably be called Imperial City right? I mean, right?) sound like something you’d watch? Are you excited to have Rupert Grint on your home screens? Tell us in the comments below!

(via The Nerdy Bird; Image via  金妮·丫丫 on Flickr)