Run: Book One Introduces the Next Chapter in John Lewis’ Legacy

There is always more work to be done. 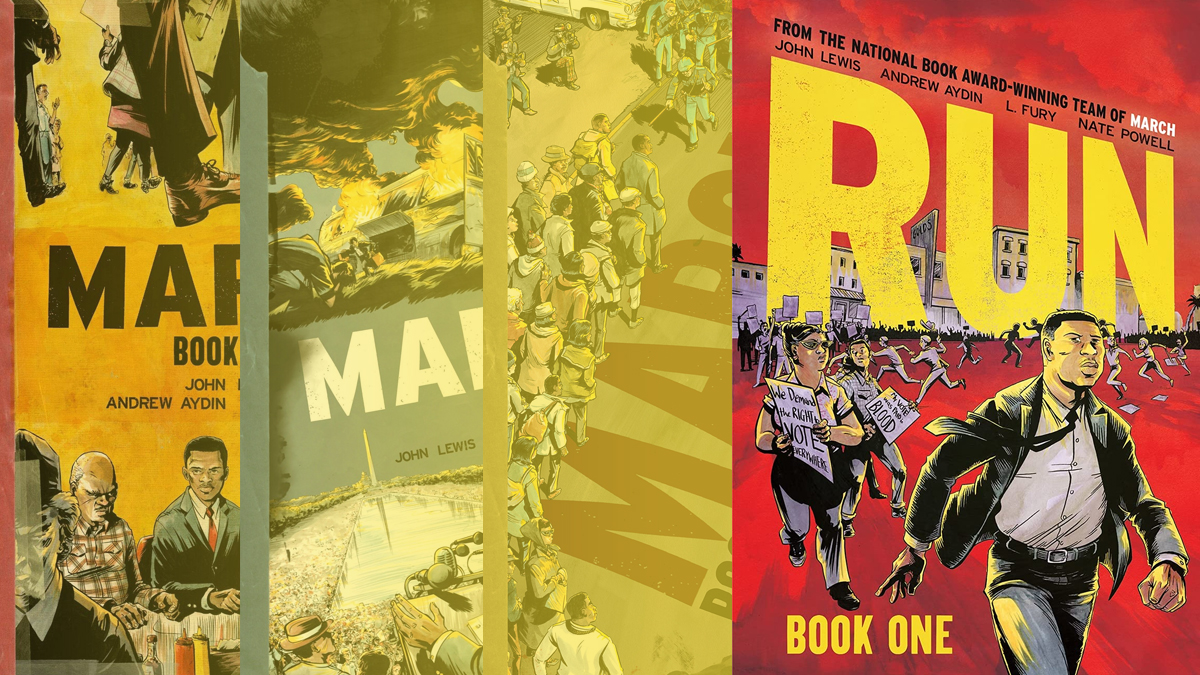 After the critical and commercial success telling the story of John Lewis’ Student Nonviolent Coordinating Committee (SNCC) leadership in the March Trilogy, creators Lewis, Andrew Aydin (writer), and Nate Powell (illustrator) are back in the next chapter: Run.

Before the novel starts, a note reads, “when Lewis passed in July 2020, the majority of the finished pages had been completed and reviewed.” The sole image on the page is a pair of worn, empty shoes symbolizing the loss of Lewis. Additionally, these act as a reminder to readers that we continue their legacy and are responsible for the fight for justice.

Run is a solid start to introducing readers to the 33 years of Lewis’ life in public office. Creators have stated historical moments like the Vietnam War, the Nixon Administration, and frustration over the action/inaction of the ’60s are the backdrop of this series. They will also show the rise of the Black Panther Party (Black liberation as a global idea and Black separatism) and the third wave of the Ku Klux Klan.

With so much going on, the graphic novel struggles with balancing info-dumping at moments. Issues of telling rather than showing hijack the reader out of the story. It doesn’t make the book feel longer, but it does feel at moments that maybe I should be taking notes.

On the one hand, I get it. The transition from activist to legislature needs more context, but some figures could have been mentioned with just a nod, directing readers to the book’s biographies section at the end. 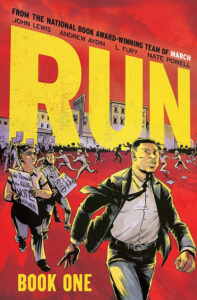 Worked on through the Trump Administration and at the start of Biden’s, Run took nearly five years to complete. The tonal shift from March (developed/published during Obama’s terms) to Run parallels the seismic changes in attitude after passing the 1965 Voting Rights Act.

Even before COVID-19 took over our lives, every day of the Trump Administration felt like the end of a losing battle. Many woke up from the disillusionment that racial politics got better after the election of the first Black president.

While I don’t think the authors (Lewis and Aydin) believed this, they captured the nation’s hopefulness in March by setting its “present” at Obama’s inauguration. That story showed the “how far we’ve come” against the fight it took to make Obama’s presidency possible. Run acts as a firm reminder that there will always be pushback after successes, and that can feel defeating.

This tonal shift is not good or bad, just different. However, it is communicated with great effect. Lewis’ move beyond his roots in SNCC felt as momentous as it was.

Beginning the story two days after the 1965 Voting Rights Act was signed, Run shows that policy alone can’t make necessary changes a reality. Those policies must be followed through with enforcement and support, or else they’re just words on paper. Words that are left unprotected will be chipped away at, like, for example, the modern-day voter suppression laws.

The last 20% of Run: Book One rewards readers with notes, mini-biographies of many new faces, and sources and notes on both specific sections and the overall experience of adapting real historical accounts to the graphic novel format. This feature is missing from the first series, and I hope it continues as the story progresses, especially without Lewis’ presence. 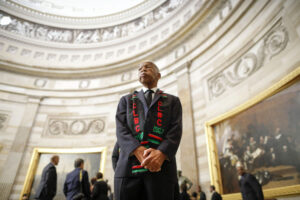 Speaking of moving forward, with the passing of John Lewis, my already mixed feelings of having an entirely white creative team telling this story have solidified to alarming concern.

It looks like there was an attempt to bring in artist and musician Afua Richardson for the first installment of Run. In addition to publishing in the big three (DC, Marvel, and Image), Richardson’s work has appeared in Attack on Titan and Mad Max, too. In HBO’s Lovecraft Country, Richardson worked in the prop department, creating the comics for Dee’s and Hippolyta’s story. For reasons unknown, earlier this year, she was no longer part of the project.

The title of this book confirms this will be a series, and now there are no prominent Black voices to tell the story of this Black historical figure. Aydin (also a former decades-long staffer to Lewis), Powell, and Fury alone should not be handling the future of this series. What little leeway given due to Lewis’ involvement ended with book one’s publication.

Until we get the next book, I recommend picking up Run, especially if you read the March Trilogy, because, without the complete next story, Run feels like a long bonus chapter or epilogue to the previous series.

Also, if you are interested in joining a conversation about Run with Aydin, Powell and Fury, they are speaking tonight with Anthony Dixon (firefighter and Lewis’ nephew) at the Lewes Public Library in Delaware over Zoom at 5PM EST.