Rumors Abound About a Breaking Bad Movie | The Mary Sue

The AMC Expanded Universe is already worse than the Dark Universe. 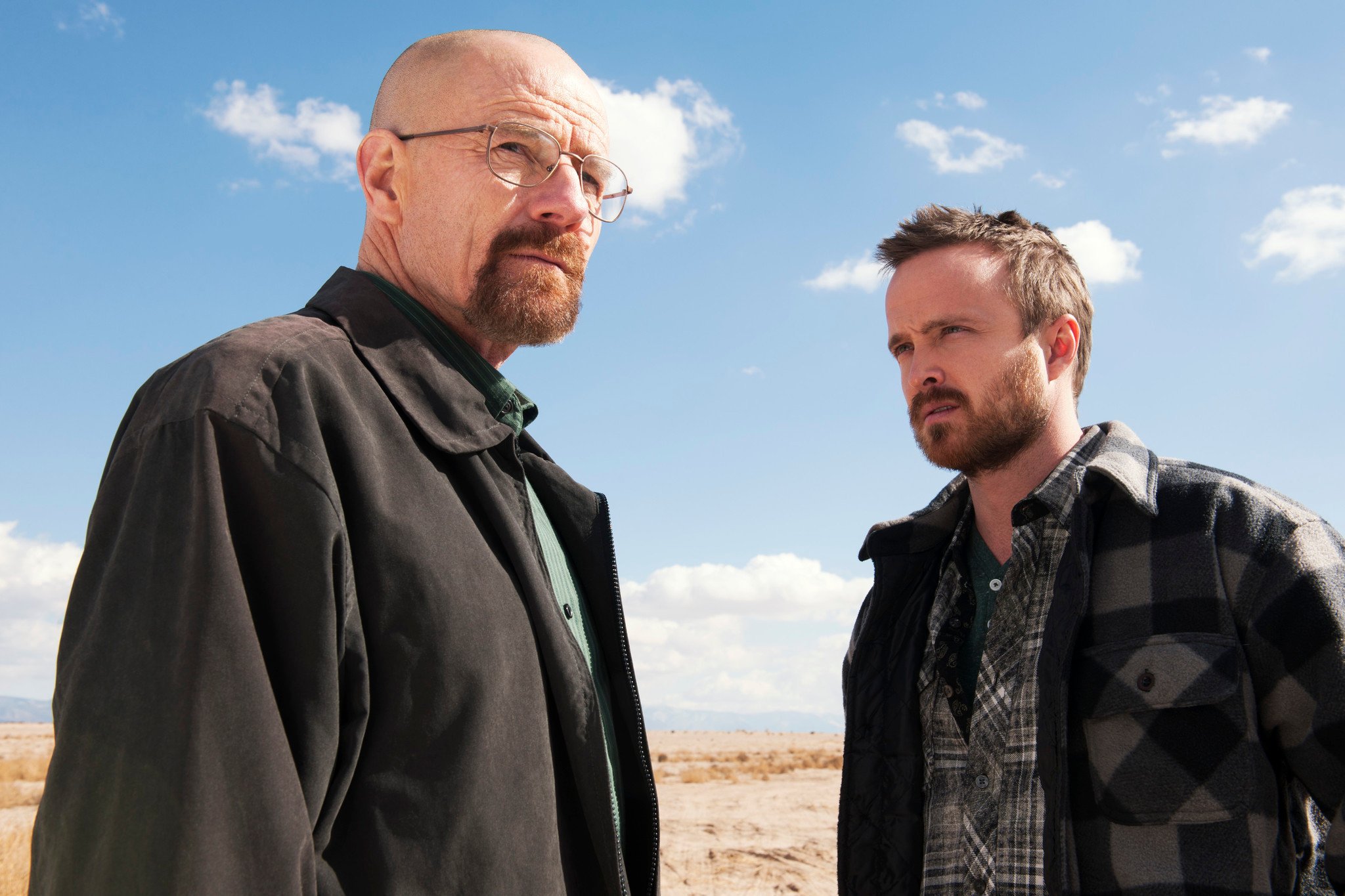 On the heels of Rick Grimes making his cinematic debut, we’re going back to everyone’s favorite roving meth lab with a Breaking Bad movie; thus begins the AMC cinematic universe. The Hollywood Reporter writes of the rumored project:

Details on the Breaking Bad movie, which has been floating around the industry with a possible fake/working title of Greenbrier, are slim. It’s unclear if the movie would be another prequel — like AMC’s Better Call Saul —or a follow-up of some sort. It’s also unclear is if any of the original stars, like Bryan Cranston or Aaron Paul, are involved in the new project, which sources stress will be set in the existing Breaking Bad franchise.

Gilligan, sources say, will pen the script, exec produce and possibly direct. Breaking Bad and prequel series Better Call Saul exec producers Mark Johnson and Melissa Bernstein are also said to be attached to the movie project, which is said to follow the escape of a kidnapped man and his quest for freedom. Production is expected to begin this month in New Mexico. The New Mexico Film Office confirmed that a project with the title of Greenbrier is slated to film in in the region.

The plot — a kidnapped man on a quest for freedom — sounds an awful lot like Jesse (Aaron Paul) in the final season, when he was kidnapped by Neo Nazis. The series ended with Walt freeing Jesse and Jesse driving off into an unknown future, finally free to make his own choices. However, to follow up on that nearly perfect series finale (I have some complaints about the final season which I will one day put into words, but this is neither the time or the place) by tidying up Jesse’s ending or, worse, showing that his freedom was short lived would undermine the entire point of his ending.

Similarly, there isn’t much story left to tell about Walt, unless viewers are really invested in those months he spent hiding out in New Hampshire watching Mr. Magorium’s Wonder Emporium. Walt had his time in the sun, and wisely hasn’t been the centerpiece of Better Call Saul‘s later seasons. While Bryan Cranston’s work is tremendous, it’s time to let Walt rest. Same for Saul too, if for some reason he becomes the star of the film.

The only male character who I’d like to see return for a Breaking Bad film is Giancarlo Esposito’s Gus Fring. Gus was a powerhouse of a character, and Esposito gave one of the best performances to ever grace television as the antagonist. While I know he’s returned in Better Call Saul, if we are to give another character their time in the spotlight I’d want it to be Gus, because then we can catapult Esposito into Oscar chatter and I’d be a happy fan indeed.

Of course, there begs the question of “do we need a Breaking Bad film?” I don’t quite get why it’s in the Breaking Bad universe unless we’ll get a cameo at the end of Skyler White appearing to ask if the wife of the protagonist wants to join the Hated AMC Women Initiative. Gilligan could pen a script that has no connection to his Emmy-award winning giant and still draw in audiences and be in awards contention.

It seems as though AMC wants to create giant spinoffs of their most famous projects, and I am not buying it so far. We need a Breaking Bad movie about as much as we need a Rick Grimes trilogy. While I don’t mind franchises and shared universes, not everything has to be a shared universe in the end. Sometimes, contained stories are just fine on their own. Otherwise, you’re more likely to end up with a Dark Universe than you are a Marvel Cinematic Universe.