Gorillaz Television Show Reportedly in the Works | The Mary Sue

Gorillaz Television Show Reportedly in the Works, and I Just Can’t Even Right Now 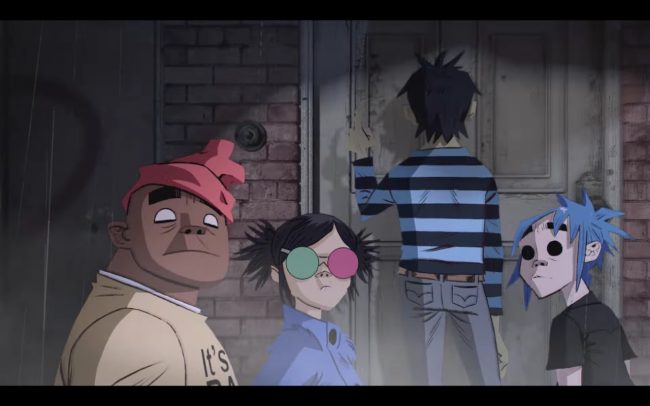 So yeah. According to an interview between Q Magazine and Tank Girl creator Jamie Hewlett (as spotted by Pitchfork), there may be a Gorillaz television show in the works. Go ahead and let that sink in to your ill-prepared brains, friends.

Not that being ill-prepared for such a rumor is a bad thing, really. Frankly speaking, I find it hard to believe that anybody expected a cartoon show from the band that brought you such existential horror-ridden albums such as Demon Days, Plastic Beach, and The Fall. But anybody who checked out their last slew of releases and music videos, though, will tell you that they’re ripe for some good old storytelling. The music video for “Saturnz Barz (Spirit House)” alone feels like a mini-episode in and of itself.

Hewlett also let spill the fact that there was once an animated feature film in the works, a project between them and Dreamworks. It never saw the light of day because, well, “it was too dark to spend a couple of hundred million dollars on.” Seems right, don’t you think?

Official comment from the band is, predictably, “no comment,” at least according to Engadget. So, for all we know, this could be some vaporware of the highest magnitude. Still, I can hardly think of a better time and place for a Gorillaz cartoon show. It would be the most nihilistic, graphic thing in the world, and I can not handle how excited I am about even the idea of it.

Meanwhile, I’ll be spending my time crossing my fingers and hoping my request to check out Gorillaz’ immersive experience in Brooklyn pans out. Yeah, you read that right: they’re building the actual Spirit House from “Saturnz Barz (Spirit House),” and here’s hoping they leave in all the weird trans-dimensional portals and junk because man I’d love to get the hell out of this dimension. Anywho.

Please place your wild speculation about what the show might entail squarely in the comments section.