Will Mad Max: Fury Road Earn Charlize Theron the Captain Marvel Role or Will It Be Jolie Friendship? 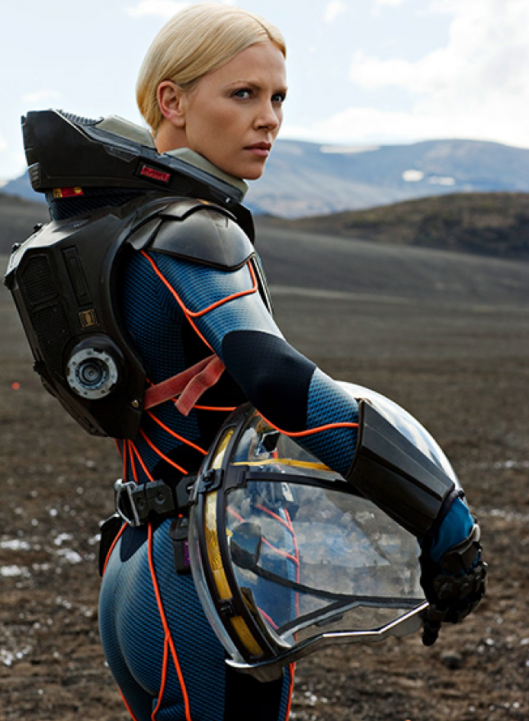 While Katee Sackhoff is the name most frequently mentioned in conjunction with Marvel’s Captain Marvel film, the awesome Charlize Theron was also on our list of 19 actors we thought would do a fine job as Carol Danvers. But a new rumory report suggests a Hollywood friendship may lead to Theron landing the role.

The story in general is a bit odd, focusing on Theron’s apparently new friendship with Angelina Jolie (who’d been rumored to direct the Marvel film not too long ago), so take it all with a grain of salt. Yahoo reports:

The insider told US OK! magazine: “The girls realised that they have a very similar outlook on life and quickly bonded over everything from their adopted children to their prospective Hollywood projects.”

The duo are even hoping to work together on Captain Marvel, the comic giant’s upcoming first female-led superhero film.

The source said: “Marvel has been courting Angie to direct the project and Charlize is a clear fan favourite for the starring role. If Charlize were to get the part, Angie would almost certainly sign on to work with her new pal.”

Whether or not any of that is true, we’d prefer to think Theron’s epic performance as Imperator Furiosa in Mad Max: Fury Road is a stronger reason for Marvel to hire her. I mean, have you SEEN her in that movie? While she’s already a proven success at the box office (not to mention an Academy Award winner) Fury Road, which Theron was unquestionably the star of, took in $45,428,128 opening weekend (just outside the top 20 for best opening weekend on an R-rated film).

However, as much as we appreciate badass Theron, we must also note our preference would be for Marvel Entertainment to bring some diversity to the role. Their latest efforts have a woman (Tilda Swinton) taking on a traditionally male role (the Ancient One in Doctor Strange) but that also makes one less role for a person of color (in this instance, a Tibetan). Who would you like to see play Captain Marvel?