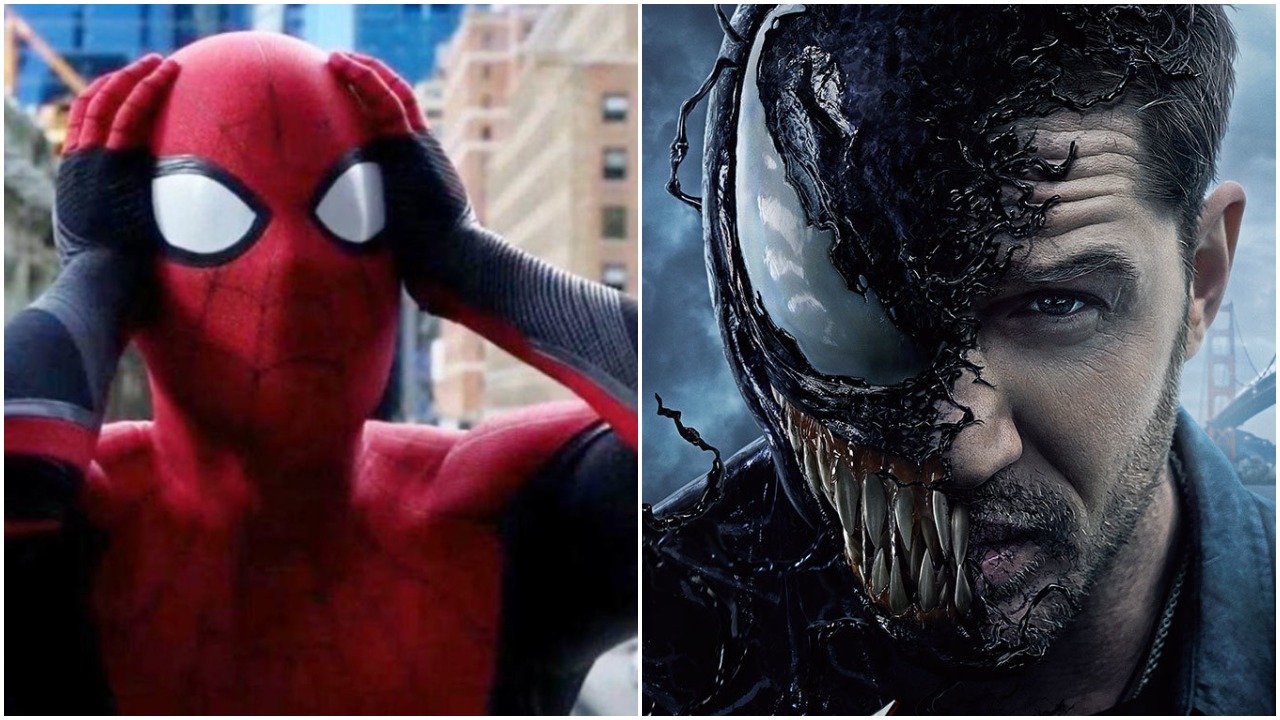 Venom director Ruben Fleischer is teasing a possible crossover with everyone’s favorite neighborhood Spider-Man. “That’s where it’s all going to lead,” Fleischer said on the press tour for Zombieland: Double Tap, via IndieWire.

“And that’s the exciting thing, because we changed the origin of Venom [for the first movie]. In the comics, he evolved from Spider-Man but because of the Marvel-Sony thing we weren’t able to do that. And so the thing I think it’s building towards, and will be exciting to see, is when they actually do confront each other.”

Sony Pictures chairman and CEO Tony Vinciquerra echoed those sentiments, saying a month ago that “Spider-Man was fine before the [MCU], did better with the event movies, and now that we have our own universe, he will play off the other characters as well. I think we’re pretty capable of doing what we have to do here.”

In the film, Eddie Brock never encounters Peter Parker prior to moving to San Francisco and becoming buddies/lifemates with a symbiote. That means there should be no rivalry there. They don’t have to be archenemies, but rather frenemies as they battle whatever evil they’ll be teaming up to fight. There’s real potential for fun here, with Tom Holland’s wide-eyed optimism clashing with Tom Hardy’s world-weary cynicism, and of course Venom’s patented “let’s eat some heads” attitude.

It also seems as though Sony has plans for Spider-Man beyond the MCU now that they’ve worked out a solution for who gets Spider-Man. Peter Parker will get one more standalone movie, as well as appearing in one more event film, according to the terms of the new deal worked out by the studios. That leaves room for him to dive into Sony’s live-action superhero universe they’ve been developing with Venom and Morbius.

Personally, I feel like this iteration of Peter Parker and Eddie Brock will be a fun team to watch. It will be nice to see Peter get away from the MCU and the legacy of Tony Stark which has overly dominated his narrative throughout his appearances in the MCU. By standing alone as Peter Parker, a.k.a. Spider-Man, he’ll develop more. The comedic potential between him and Venom is excellent, and I feel like Hardy and Holland would play off each other well.

There isn’t much to report on yet, except for the fact that I hope that some of Peter’s classmates, namely Ned and MJ, show up with him when he jumps back to Sony. There’s potential to make Sony’s Spider-Man live-action films work outside the MCU, and the potential for a Venom and Spidey spin-off is too great to ignore, especially since Venom is less of a dark and broody film and more of an odd couple comedy.

Do you want to see a Venom and Spider-Man crossover?