Report: Did the Iranian Military "Hack" a U.S. Drone? 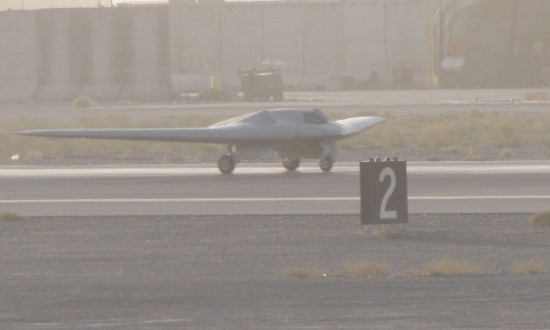 Yesterday, it was reported by the FARS news agency that the Iranian military claimed to have downed and taken possession of an advanced American RQ-170 drone. The drone, which has been shrouded in secrecy since its introduction, is though to be used for stealthy reconnaissance missions. Though Iranian news reports say that the drone was “shot” down, some observers have posited that a more surreptitious method may have been used to bring down the aircraft.

Stephen Trimble at The DEW Line blog notes that Iran recently purhcased a ground-based electronic intelligence and jamming system called “Avtobaza” from Russia. In their report, it’s suggested that the Avtobaza was used to help bring down the aircraft while limiting damage.

The Avtobaza, moreover, is designed to jam side-looking and fire control radars on aircraft and manipulate the guidance and control systems of incoming enemy missiles. It would be the perfect tool to target and perhaps infiltrate the communications link that allows a UAV to be controlled from a remote location.

While the FARS report distinctly says that the drone was “shot” down, it also gives a hat-tip to the “Iranian military’s electronic warfare unit.” This claim is stated in the original report as well as a follow up, in which a source within the Iranian military says that they will no longer wait for drones to breach Iranian airspace before intercepting them. The reports both go on to claim that “dozens” of US drones have been destroyed by Iranian forces.

It’s notable, however, that the Iranian military has yet to produce any actual evidence of a downed drone. However, the Washington Post reports that US officials have confirmed the loss of a drone, though they did not confirm that it was an RQ-170. From WaPO:

The U.S. military released a short statement later Sunday on the missing drone. “The [unmanned aerial vehicle] to which the Iranians are referring may be a U.S. unarmed reconnaissance aircraft that had been flying a mission over western Afghanistan late last week,” it said. “The operators of the UAV lost control of the aircraft and had been working to determine its status.”

The drone the Iranians claim to have captured is a rather intriguing one. Officially designated as the Sentinel, it’s affectionately known to some as the Beast of Kandahar. While only confirmed by the military in 2009, observers have had their eye on the flying wing for some time, and have even hypothesized about its role in the killing of Osama Bin Laden.

Now, this pedigree seems at odds with the DEW line’s assertion that the RQ-170 was taken down not with conventional firepower but with a powerful jamming device. If all the stories about the drone are true, it’s already been operating around advanced radar systems without issue. Perhaps the Iranians were simply better at spotting the drone since they seem to be actively looking for such targets, and brought both firepower and advanced jamming technology to bear. Or maybe they just got lucky.

If true, the loss of a stealthy drone is certainly both an embarrassment and also a tactical loss for the US. However, it’s important to remember that being lost is part and parcel of what drones are all about. True, some technological trade secrets may be lost to reverse engineering, but not only were no American lives put in danger, the invaluable skills that the Air Force invests in its pilots has remained secure as well.

The next move in this melodrama will undoubtedly be made by the Iranian authority, either revealing wreckage or simply letting the story fade away. Either way, all eyes are on them.

(via The DEW Line)