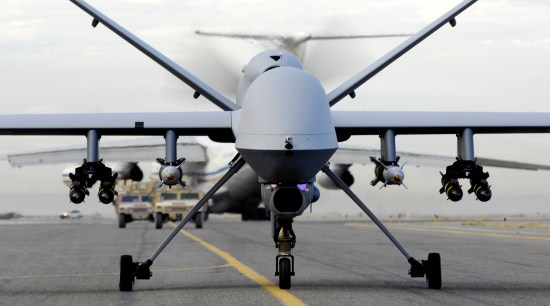 The DoD has rolled out its airplane buying plan for the next thirty years in the highly speculative yet congressionally mandated Aircraft Procurement Plan 2012-2041. The document outlines the fleet size for the Air Force, Army, Marine Corps, and the Navy, giving some idea of what to expect in the coming years. Overall, the number of aircraft staying around the current size of 5,500, but the plan does show that the DoD is eager to get more drones into the fleet.

For the most part, expansion is out. Bombers, cargo planes, and aerial refueling are staying at around their current levels. This doesn’t mean that there will be no new developments in those areas — the plan calls for a new bomber of some kind, and procurement of the new KC-164 aerial refueling craft — but the total fleet sizes will remain untouched. There will even be some shrinkage, mostly in the fighter segment, which will drop by some 10% from the current 3,300 craft. This figure includes legacy fighters like the F-15 and F-16, in addition to the new F-22 and F-35.

However, the number of mid-size to large unmanned aerial vehicle (UAV) will nearly double in the next nine years, going from about 340 to 650 by 2012.
This should come as no surprise, as drones have played a huge role in recent conflicts. Not only have they produced reams of aerial surveillance, they’ve been the backbone of strikes against Al Qaeda in Pakistan. With such success, every branch of the military is looking to get a slice of the drone pie. From Wired:

The Army’s got a Reaper-esque drone called Gray Eagle. The Marines want a similar UAV as part of their “Group 4 Unmanned Air System” program. The Navy’s so-called Unmanned Carrier-Launched Airborne Strike and Surveillance initiative aims to put a jet-powered killer drone onto carrier decks no later than 2018. Around the same time, the Air Force could begin buying its own jet-powered attack ‘bot to complement the prop-driven Reaper.

The Reaper, mentioned above, is a fighter-sized UAV that will has seen increased popularity as of late. The plan specifically mentions increasing the numbers of the MQ-9 Reapers, as well as the MQ-1 Predators and the RQ-4 Global Hawk.

Of course, this plan cannot take into account the shifting world of military procurement; it cannot predict wars, budget fights, or technological breakthroughs. What it has done is shed light on just how eager the DoD is to keep pilots on the ground and put even more robots in the air.

(via Wired, image via Wikipedia)