For anyone still confused, Tracee Ellis Ross guest hosted Jimmy Kimmel Live last night and she’s bringing things back to the basics with a rhyming children’s book that will make all this new-age “harassment” business (for all those men from the popular “a different time” period) crystal clear.

Before the segment, Ross makes one thing clear:

Let’s start with the fact that it isn’t a sex scandal, it isn’t a Hollywood scandal, it isn’t even a scandal. It is a systemic problem about the abuse of power that takes place across all industries and has enabled a culture of inequity to persist for far too long.

“Over the past two months, countless brave women have come forward to share their experiences and while I’m not totally surprised by these stories, it seems like quite a few men are,” says Ross. “Treating another human being with respect isn’t complicated but it seems a bit confusing for a lot of men out there. So, I wrote a book.” The book titled The Handsy Man is clever with informative illustrations.

Ross’ delivery is perfect, but if you can’t view the video here is the book in full: 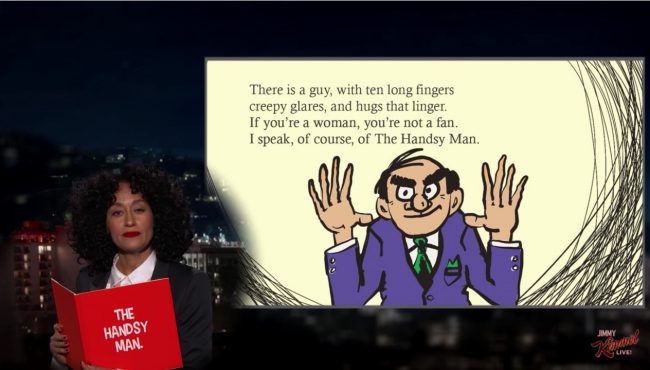 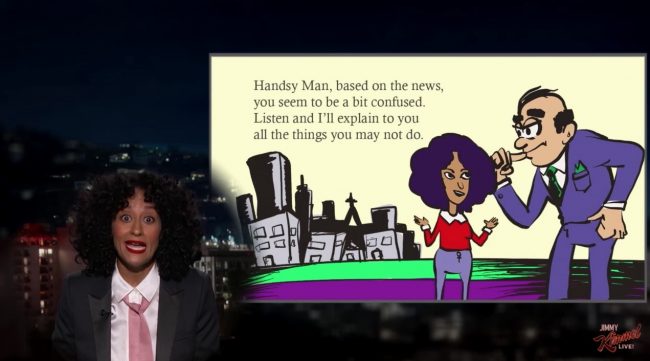 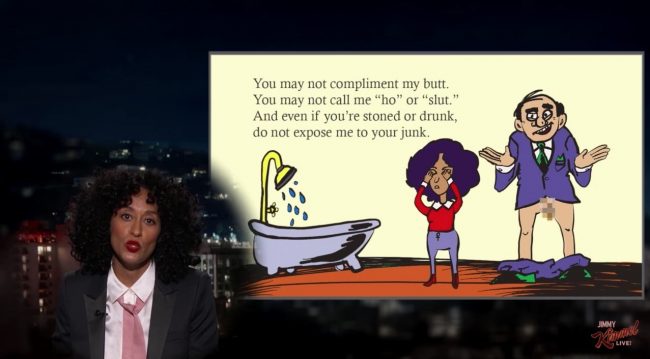 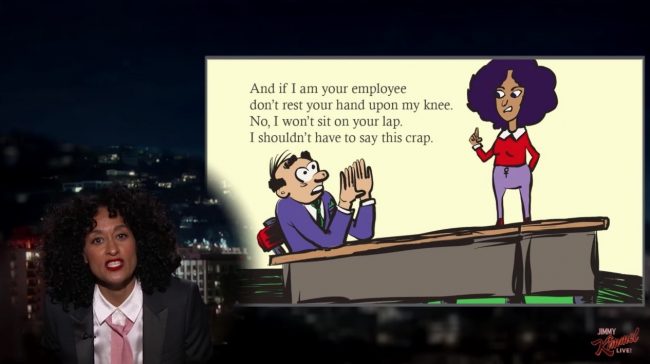 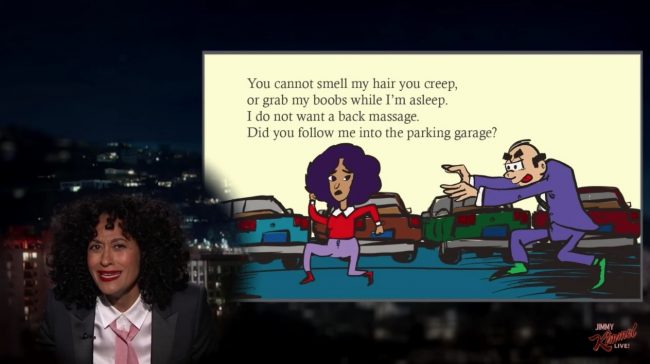 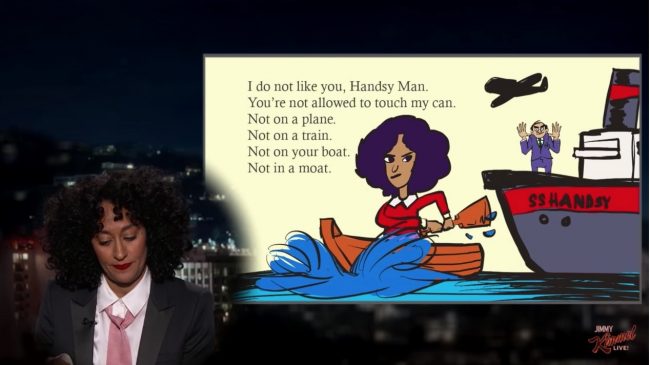 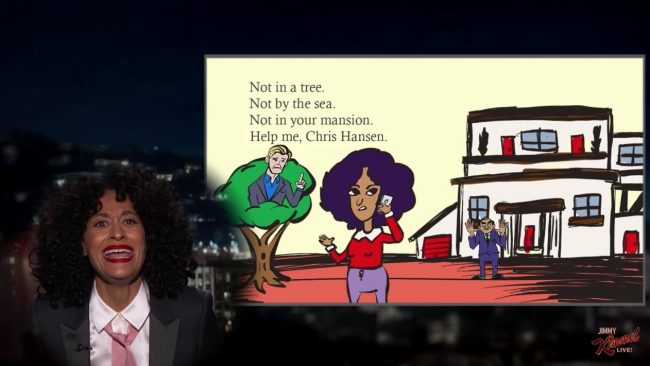 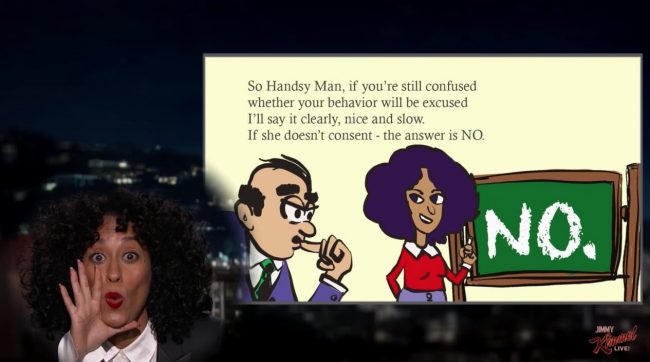 “Just so you know, that’s part one of a 67 part series,” says Ross at the end of the clip. Just saying, if Ross wants to publish a series of children’s books explaining the basics of patriarchy and consent I would gladly purchase every volume.