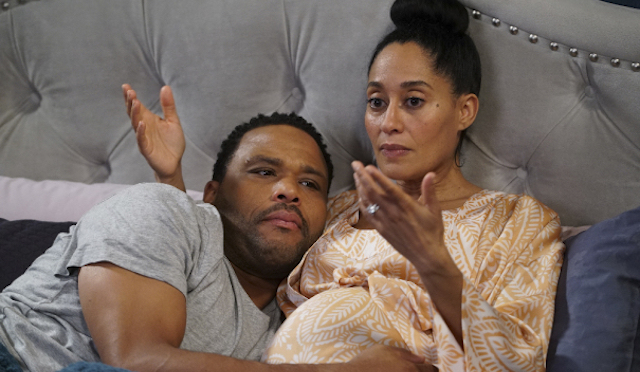 Viewers of Black-ish and supporters of equal pay were upset recently when it was reported that Tracee Ellis Ross was being paid “significantly less” than her co-star Anthony Anderson. This gap would be infuriating at any time, but the news had come out at the same time the industry was seeing Michelle Williams’ pay discrepancy with Mark Wahlberg in regards to #TimesUp which then opened another conversation about how women of color are often paid even less. Ross making less than her co-star wasn’t just an insult to her amazing work on the show, it was another example of how the industry continuously undervalued

It was said that Ross was negotiating for more pay and was possibly going to appear in fewer episodes if she wasn’t given more. An article from The Hollywood Reporter wrote:

“With negotiations for the fifth season ongoing, sources say Ellis Ross feels that if she isn’t brought up to Anderson’s level, she may opt to appear in fewer episodes to make up the disparity by guesting on another show.”

However, Ross has since come out and said that the words written in the article were not her thoughts. She shared on Twitter that while she’s both grateful and thankful for the support, “there were never any threats.”

The message reads, in full:

“There has been a lot of conversation and speculation the last few days regarding my blackish salary. I was in renegotiation, like many actors find themselves in during the fourth season of a successful show. I wanted to be compensated in a way that matches my contribution to a show that I love for many reasons, including the opportunity it allows me to reshape what it is to be a fully realized black woman on TV.

The words and thoughts that were in the original article that started this public conversation were not mine; there were never any threats. I wish I would have been called by the reporter to confirm that. Having had my renegotiation become a public conversation was awkward, but I’m grateful for the outpouring of support. I’m truly thankful that important conversations are taking place about fighting for women’s worth and equality, and tightening the pay gap in every industry.”