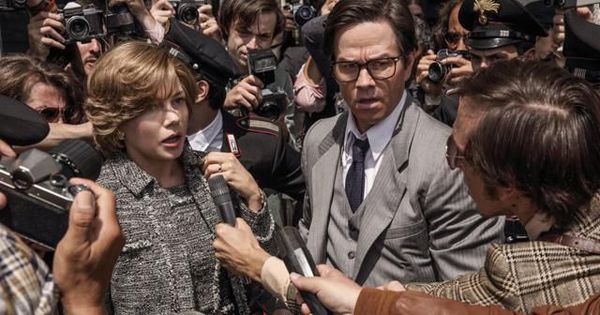 The All the Money in the World reshoots, necessitated by the removal of alleged sexual assaulted Kevin Spacey, made headlines recently after it was revealed that Mark Wahlberg was paid 1500 times more than Michelle Williams for the reshoots. The payment discrepancy was particularly egregious because Wahlberg was profiting from a move made to address sexual assault, because Williams’ performance was Golden-Globe nominated, and because Wahlberg and Williams were represented by the same talent agency.

And so Wahlberg announced that he would donate $1.5 million—the amount he made for the reshoots—to the Time’s Up legal defense fund. To accompany the pledge, Wahlberg issued a statement: “Over the last few days my reshoot fee for All The Money in the World has become an important topic of conversation. I 100% support the fight for fair pay and I’m donating the $1.5 million to the Time’s Up Legal Defense Fund in Michelle Williams’ name.” William Morris Endeavor, the agency representing the two actors, will also donate $500,000 to the legal fund.

While I’m personally still side-eyeing Wahlberg, this is admittedly an excellent use for that money. While Williams absolutely deserves to be compensated as well as her co-stars, funneling more millions to an already wealthy actress doesn’t exactly kickstart systemic change. Sending that money to a legal defense fund for women who otherwise can’t afford justice will accomplish far more.

But pay Michelle Williams what she’s worth next time. (via Deadline)