Roseanne Blames Ambien for Her Racist Tweet, Has Apparently Been on Ambien Day & Night for More Than a Decade 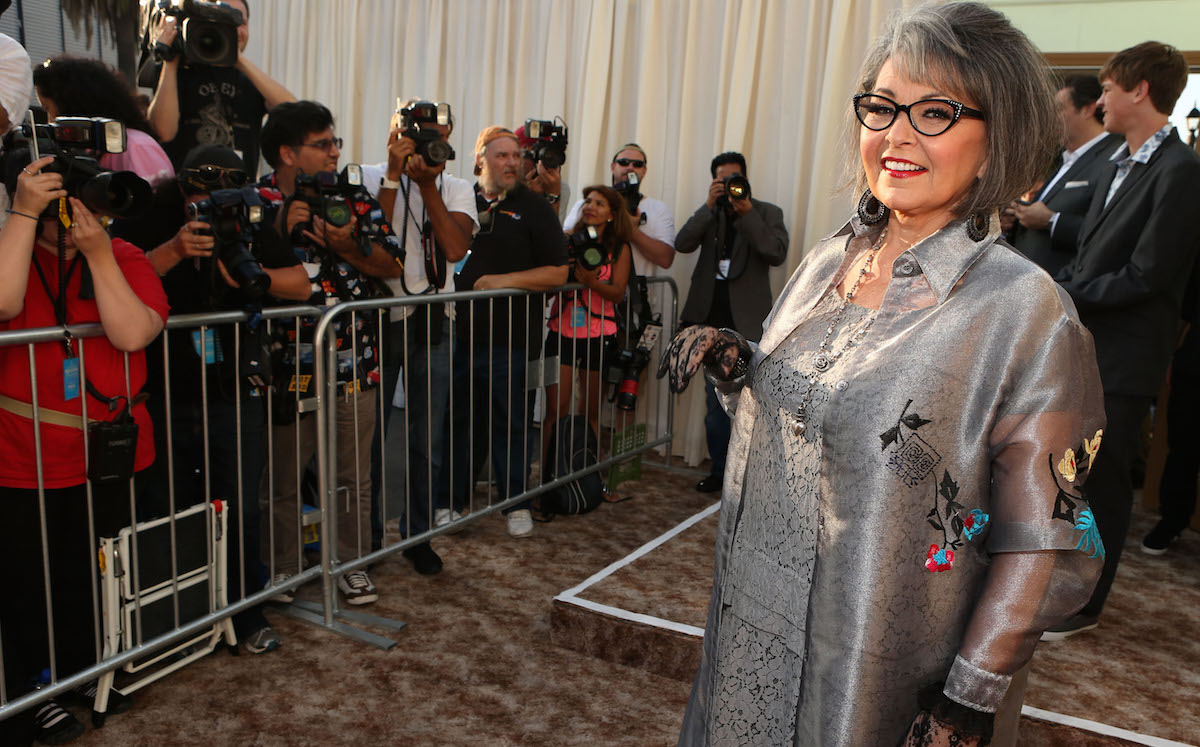 After Trump’s second favorite TV show was cancelled yesterday, Roseanne Barr apologized for making a racist insult about former White House advisor Valerie Jarrett and announced she was leaving Twitter. (Though it wasn’t clear if she meant permanently or just for the night.) In a series of tweets–some of which have been deleted–she also blamed her behavior on Ambien.

hey guys, don’t defend me, it’s sweet of you 2 try, but…losing my show is 0 compared 2 being labelled a racist over one tweet-that I regret even more.

Now, I do appreciate that she asked her supporters not to defend her words. (Of course, that might mean more–or anything at all–if her version of leaving Twitter didn’t mean retweeting dozens of messages of support, claims of “it was a joke!” and accusations about anti-conservative media bias.) But not a lot of people are buying her Ambien excuse. People have been known to do some wild stuff while on Ambien. But racism isn’t a common side effect of the sleep aid.

when the ambien hits pic.twitter.com/W5fMpN5fVf

You know what, I was skeptical at first, but I did a little poking around and maybe the Ambien defense checks out pic.twitter.com/yVrMtHy88j

The name Ambien is thought to come from the word “ambient” or similar words in French. Ambient does not mean “prone to making racist comments,” but it does mean “of the surrounding area or environment.” https://t.co/UpYY5eKzIo https://t.co/XsPn8FthV5

Ambien makes you racist? No wonder some of y’all can’t get woke. 😛

Even the company that makes Ambien wants you to know that this is B.S.

People of all races, religions and nationalities work at Sanofi every day to improve the lives of people around the world. While all pharmaceutical treatments have side effects, racism is not a known side effect of any Sanofi medication.

If Ambien doesn’t make you racist, it most definitely doesn’t make you retroactively racist for the past decade. Because this is not Roseanne’s first bigot rodeo. She’s been tweeting out racist and transphobic blather and pushing conspiracy theories for years.

Who among us hasn’t taken Ambien, sleepwalked down to the fridge, and posted dozens of racist tweets over several years

And this didn’t start with Twitter, that just gave her a larger platform.

Remember when Roseanne wrote this in her book a few years back? Good times. https://t.co/540ED1wU9p pic.twitter.com/FV6KBtchfj

It’s her long history of outspoken bigotry that caused so many people to question the decision to give her the even bigger platform of a network sitcom. (Not to mention all the money that puts right in her pocket.) The only people who believe that Roseanne Barr made one single mistake with her tweet about Valerie Jarett, and also believe that it wasn’t racist because it was a joke, are the people Barr is already currently retweeting.