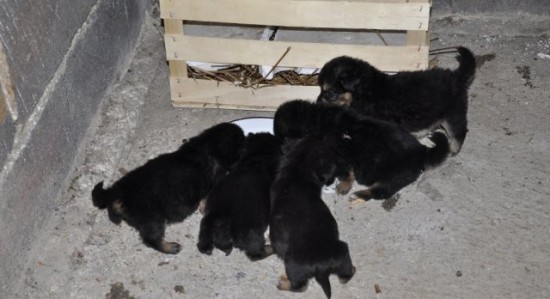 Last week, the Internet was collectively gripped with revulsion when a video surfaced of a young girl throwing puppies into a raging river and squealing with glee as she did. While there was some sense of justice when the still-unnamed girl was apprehended by police in Bosnia, this did not do much for the puppies, who appeared from the video to be faced with certain death. However, Croatian daily newspaper Večernji list reports that there may have been a happier ending after all: A 75-year-old grandmother named Rose Pavlović claims to have rescued five of the six puppies thrown in the river.

I heard a scream, but I did not know where it comes from because it is near the creek and willows are thick. When I looked a little better, I saw the black dog trying to emerge from the water. My brother did not want to hear about them. I went home, took a wooden kištru and took them to his house. There they are in my shed alive and well. Whosoever will, let him come and let him see. 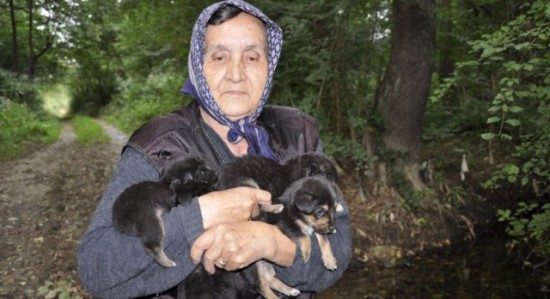 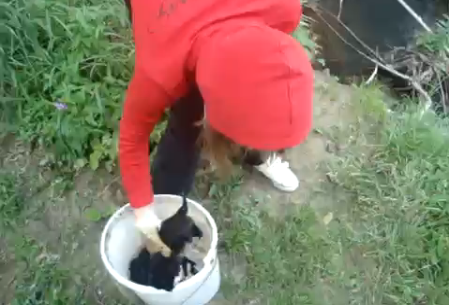 As much as we may want this woman’s story to be true, there’s reason to be skeptical: For one, as previously mentioned, in the initial video of the puppies being thrown into the river, it looked like they would have died almost as soon as they hit the river; for another, Pavlović “argues that the dogs were thrown a few weeks ago, and not earlier as the previously speculated,” which could mean that she found totally different puppies.

Most damningly, the puppies in the video appeared to be black and white; Pavlović’s rescued puppies are black, white, and tan. (See above.) There still may be some improbable miracle path by which Pavlović’s story is possible — the timeline holds together; the puppies somehow survived; as the puppies got a little older, they developed new colorations. But it doesn’t seem too likely, though we want to believe.