Rogers: The Musical Might Be the Greatest Part of the Hawkeye TV Show Trailer 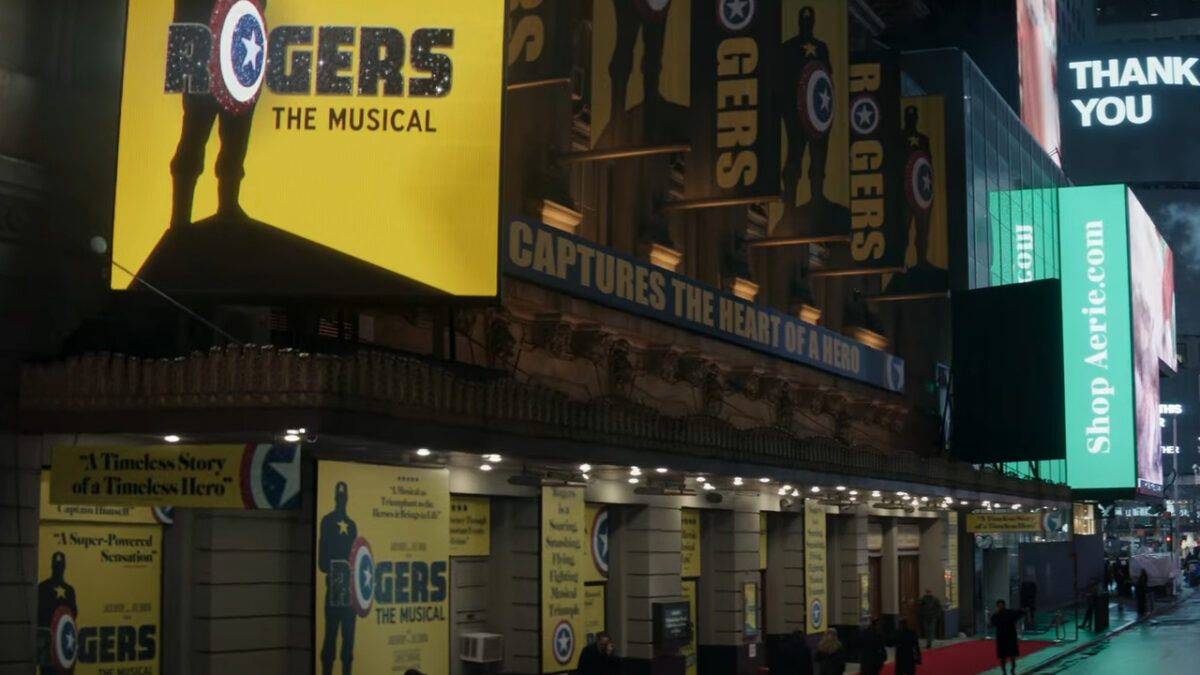 As a musical lover who is also a huge superhero nerd, I love a good musical about a comic hero that I’ve dedicated my life to loving. I’m unapologetically a fan of Spider-Man: Turn Off the Dark and proudly want to make it part of the Marvel Cinematic Universe. All that being said, there is a new superhero musical on the horizon. Thanks to the trailer for Hawkeye, we got our first look at the next hit Broadway show: Rogers: The Musical!

“A timeless story of a timeless hero,” this is a perfect ode to Steve Rogers, according to reviews, and it “captures the heart of a hero”—despite the fact that this musical looks a hot mess and we do have set pictures of Clint Barton leaving the theatre before the show actually ends, so clearly, he’s not a fan of seeing his friends brought to life through song and dance. But the brief look we got at Rogers: The Musical is truly the greatest thing to happen to me this year.

Ready for more of the Avengers musical in the #Hawkeye trailer 😂🎭 pic.twitter.com/CEr51gbfvn

First of all, is that Roger Davis from Rent in Rogers: The Musical?

Is that Adam Pascal in the #Hawkeye trailer?! pic.twitter.com/YIMqWcVbJg

Second, none of this makes sense, and it looks like some random guy is in the corner who wasn’t at the Battle of New York? And who is Adam Pascal even supposed to be?! Will this musical be life-affirming, or will I have such second-hand embarrassment as a theatre major that I just combust in my own living room while watching this episode of Hawkeye? Probably both at the same time, which is the curse of being a theatre kid.

But I just love this small glimpse we get into this because it is so much like a musical adaptation of a comic book hero where they just make things up. In Spider-Man: Turn Off the Dark, they MADE UP a member of the Sinister Six because they wanted to make a fun costume, so you can only imagine what kind of liberties would be taken in the Steve Rogers story that would have Clint Barton walking out.

Looking at this fun little spin, though, there are just so many instances where this is just funny, and I do hope we get more than this quick glimpse into the show when the episode actually drops, because I have about forty questions for Rogers: The Musical. If it is as amazingly strange as I think it’s going to be, then I hope they release the full musical on Disney+ so I can watch it time and time again. But if there’s not a duet titled “End of the Line” for Bucky and Steve, I’m returning it.