Her Universe’s Rocket Raccoon Top Has Ears and a Tail

The hoodie does not come with a gun to shoot off the legs of your rival. 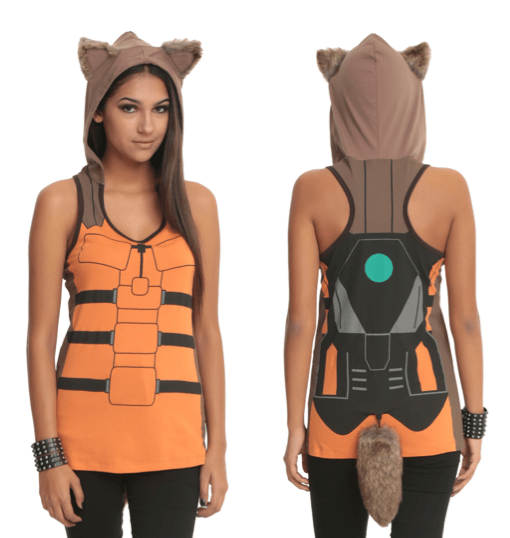 The hoodie-tank is only available through Hot Topic, and I’m going to assume that they’ve got the Groot one in a pot somewhere, waiting for it to get big enough for retail.