More Than Half of Internet Traffic Is Robots | The Mary Sue

Robots Among Us: More Than Half of All Online Traffic Is Non-Human 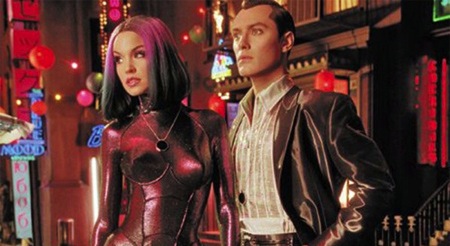 In news that is probably of surprise to no one, especially those of us who are on Twitter and get the odd tweet mention from Jayze Bubbles, who has lots of “hrrrdcore bangs 4 u,” slightly more than half of all internet traffic is made up of non-human web surfers. Namely, bots. Spambots, pornbots, “scrapers,” whatever you want to call them — it’s not just you. They’re all over the place, these soulless, serial commenters.

In a report put together by the internet security firm Incapsula, it was revealed that while we are responsible for less than half of all internet traffic, nearly a third can actually be harmful. Thirty one percent of the non-human traffic comes from the bots I mentioned above. Here is the breakdown from Singularity Hub:

– 5 percent hacking tools
– 5 percent “scrapers,” software that posts the contents of your website to other websites, steals email addresses for spamming, or reverse engineers your website’s pricing and business models
– 2 percent comment spammers
– 19 percent other sorts of spies that are competitive analyzers, sifting your website for keyword and SEO (search engine optimization) data to help give them a competitive edge in climbing the search engine ladder

The other 20 percent come from search engines and “benevolent” bots that actually serve to help promote web sites without being scary or hacky.

But it’s that 31 percent that is scary and hacky that has people worried; all of the above outlined “bad bots” are out seeking credit card and security information like passwords, stealing marketing intelligence, and spreading malware. If they aren’t out for real illegal gain, they’re just out there to annoy the crap out of you. Then again, something like comment spammers can get a web site blacklisted for being insecure or slow down the load time, giving the site a bad reputation.

That’s nearly a third of the entire internet out to destroy the internet. Creepy. Well, in the spirit of making nice with our robotic overlords, here is a friendly greeting in binary: