Just When You Thought It Was Safe to Go Back in the Water, Robotic Fish Gets an Upgrade 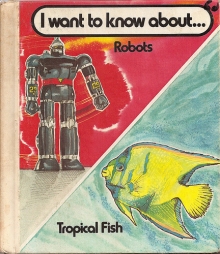 A team at Michigan State University has made some upgrades to their robotic fish project. The robot is now called Grace, or “Gliding Robotic ACE” after its new ability to glide for long distances using minimal energy. Besides the swimming and gliding, Grace also has an array of sensors used to measure the quality, temperature, and other information about the water in which it swims.

Grace was built by associate professor of electrical and computer engineering Xiaobo Tan and his team. The upgrade focused mainly on the robot’s new ability to glide for long distances since, because as Tan put it, “Swimming requires constant flapping of the tail, which means the battery is constantly being discharged.”

The robot now offsets it’s battery-draining tail flapping by using a pump that sucks in and expels water, propelling it forward or backward without using much energy. Grace can now glide through the water almost indefinitely. The robot’s battery is mounted on a rail that allows it to move to guide the robot in a particular direction.

The team took Grace out for a test drive in the Kalamazoo river in later 2012 with impressive results. Tan even thinks they may have set the world record for “demonstrating robotic fish-based sampling with commercial water-quality sensors in a real-world environment,” but we’re not sure that’s a record anyone is tracking too carefully.

(via R&D Magazine, image via mod as hell)