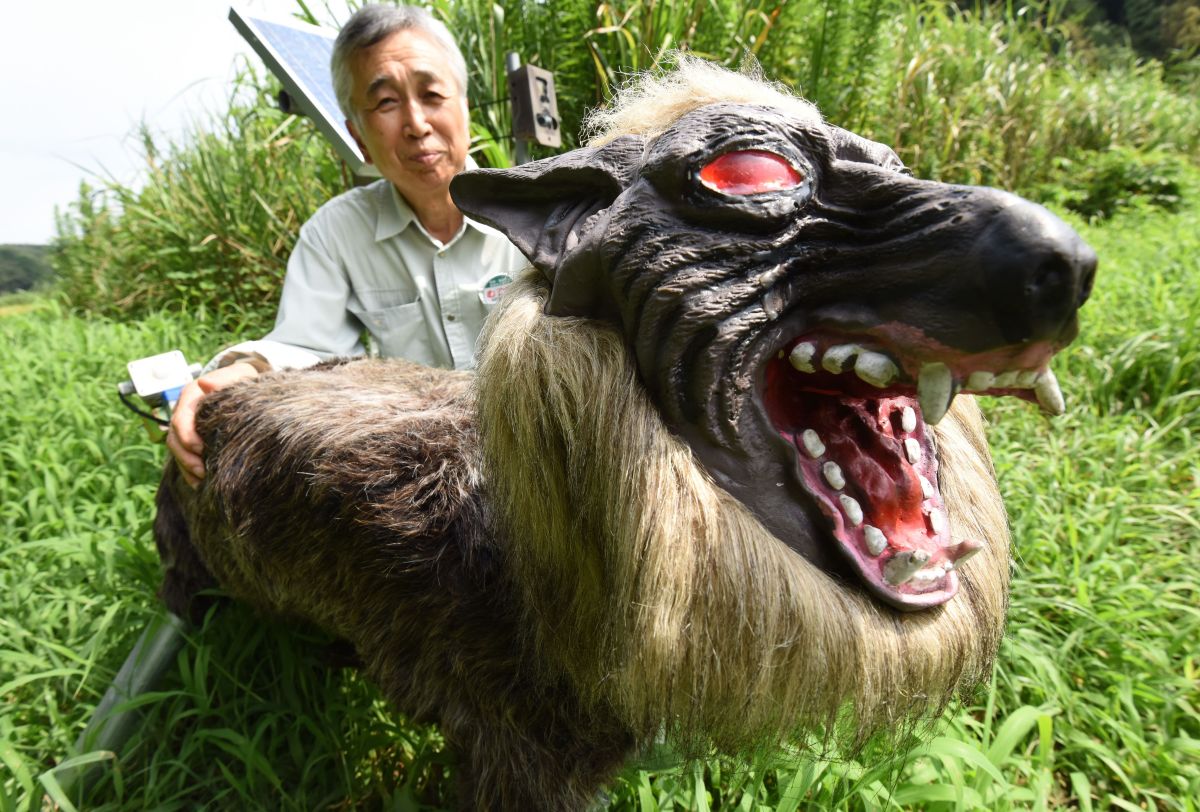 In rural Japan, as people encroach more on the wild, bear sightings are at a five-year high, as are attacks. People have been attacked and two have been killed by bears just this year. It’s a serious problem for people who want to keep the animals out of their crops, trash, homes, and lives. And so, to deal with this issue there is one, simple, obvious solution: Robot Wolves.

The wolves are in the news today thanks to how effective they have been in the town of Takikawa on the Northern island of Hokkaido. The town purchased two robot wolves when the local bears started getting too close for comfort and they’ve worked wonders.

These wolves are sorta like the Halloween decorations that I got to scare my neighbors this year, but a bit more high tech. They use motion sensors to detect the presence of bears or other threats, and then goes into a sequence of howling and other noises. And also moves. And the wolves’ eyes light up too! It’s terrifying for human and bear alike! And while the wolves are in the news today, they’ve been around in Japan for about three years.

These “Monster Wolves” as they are called are the brainchild of the company Ohta Seiki along with Hokkaido University and the Tokyo University of Agriculture, who created the wolves specifically for this purpose in 2016. Seiki began selling the units in 2018 and has sold almost 70 to various locations looking to keep their people and crops safe. “We want to let the bears know, ‘Human settlements aren’t where you live,’ and help with the coexistence of bears and people,” said Yuji Ota, the leader Ohta Seiki in an interview with Mainichi.

The robot wolves are far easier to control and train than actual wolves, which I guess should go without saying. And it’s also worth noting that real Japanese wolves which once hunted in the areas these robotic copy cats (or dogs?) now defend were hunted to extinction centuries ago.

This is a pretty genius solution for a serious problem, one that isn’t limited to Japan. It’s a very high-tech and slightly terrifying take on a scarecrow if you think about it, and I think it could definitely be used here in the US. Which is my way of saying I would like a robot wolf for Christmas, please.

(via: The Guardian, image: TORU YAMANAKA/AFP)