I, Reservations? Futuristic Japanese Hotel to Have 90% Robotic Staff

We welcome our new concierge overlords. 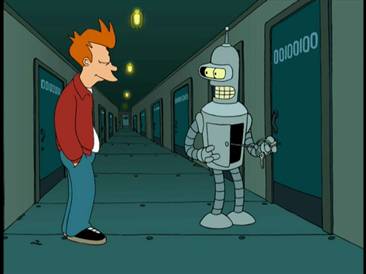 If there’s anything I’ve learned from Fawlty Towers, it’s that the human element of customer service has disastrous consequences more often than not. Given that, imminent robot takeover doesn’t seem like such a bad price to pay for a timely wake-up call or impeccable check-out system, does it?

According to CNN, Japanese theme park Huis Ten Bosch has announced plans to open Henn-na Hotel (which translates, appropriately, to “Strange Hotel”), a low-cost, environmentally-conscious futuristic establishment staffed by robots and dedicated to the motto “A commitment for evolution.”

The hotel’s first 72 rooms are slated to open on July 17th, and be staffed by four “service and porter robots” as well as additional robots designed for cleaning and other less-complex tasks. In 2016 Huis Ten Bosch plans to double the hotel’s rooms, and eventually boast a 90% robotic staff. According to CNN, staff will be “able to engage in intelligent conversations with human guests.”

Huis Ten Bosch president Hideo Sawada has big plans for his Robot Ramada, promising “We’ll make the most efficient hotel in the world […] In the future, we’re hoping to build 1,000 similar hotels around the world.”

In addition to its unconventional staff, Henn-na Hotel will also use facial-recognition technology for guestroom doors and a radiation panel to detect guests’ body heat and adjust temperature accordingly. (Oh, good. Terminator and the Predator.)

Reservations are already open. Who’s going with me?